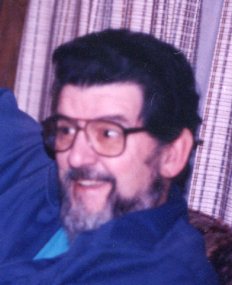 Paul F. “Ice Man” Ice, Jr. , 70 of Salem, Ohio died Thursday, October 27, 2011 at Salem Community Hospital following a brief illness. He was born on November 2, 1940, in East Liverpool, Ohio and was a son of the late Paul F. & Bonita “Bonnie” Metts Ice, Sr. Living his entire life in this area, he was a 1959 graduate of Wellsville High School and worked at Ohio Edison-Sammis Plant until his retirement in 1998.

A Memorial Service will be held at the Wellsville Church of the Nazarene Saturday, November 5, 2011 at 4 P.M. with Pastor Dirk Hall of the church officiating.

The family will be present to receive friends at the Church on Saturday, November 5, 2011 from 2:30PM up until the time of the service.

Dear Paul~Thank You for being the Best Father in Law to me and always being nothing but good to me. I remember when I had Justin,and the grandmas were all around his crib and you and my dad were at my bed,and you said “Sweetthing,if you never did anything else right in your life,you sure made a Beautiful Baby.That meant so much to me. Even tho we all went our separate ways,I always held you in high regards in my life,and I always made sure the boys knew what a good man your were. I know Nana was there with open arms to give you one of her warm hugs.

May you always RIP. Forever missed.

Thoughts and prayers go out to you and your family at this time of your loss.God Bless.

To the family of Paul Ice.you are in my thoughts and prayers at the time of your loss.paul was a very nice and careing man.he use to come to line dance with all his friends and was always a good person to everyone.he will be sadely mist.