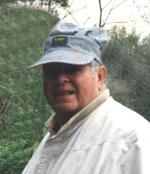 Eileen, I was saddened to hear of your loss. I too feel the loss of a good friend of so many years. I hope we can stay in touch.

MY DEEPEST SYMPATHIES ARE WITH YOU.

PLEASE KNOW THAT I AM PRAYING FOR PAT. HE WAS A WONDERFUL MAN. Love, Jill and Family

With sympathy in the loss of your loved one. Caring thoughts are with you at this difficult time.