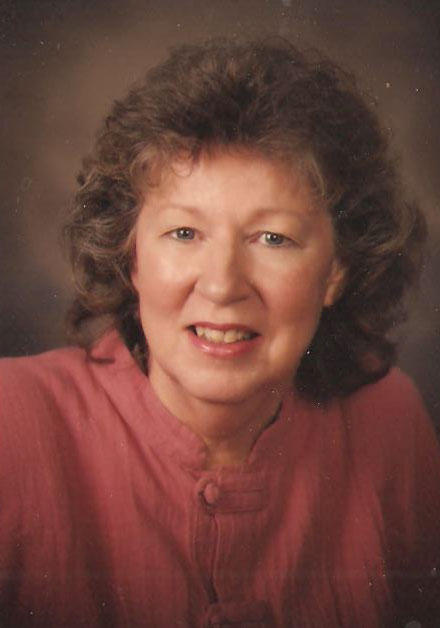 She was born January 3, 1934, in Wheeling, a daughter to the late Walter C. and Catherine Diss Burke. She was a member of St. Vincent de Paul Catholic Church in Wheeling and was a retired switchboard operator for Wheeling Hospital.

In addition to her parents, she was preceded in death by her sister, Charlotte Ochs, and her brother-in-law, Bob Ochs.

Dave, my sympathy and prayers go out to you, your father, wayne, susan and karen. You and your mother had such a close, loving relationship. i know you were one of the brightest lights of her life, and she, yours. may God surround you with His peace and comfort during this heart breaking time. Brenda

Karen and family, my sincere condolences on the loss of your mother/loved one! May God hold you gently in the palm of his hands during your time of sorrow. May he bless you with memories of the good times at this time.

I am so sorry to hear of the passing of your mother. I will keep you and your family in prayer.

My thoughts and prayers are with you and your family during this diffcult time.

My deepest sympathy on the lose of a very beautiful lady.

Palkovic family: Mr Palkovic, Dave, Wayne, Susan, Karen : I am very sorry for your loss. I will keep you in my thoughts and prayers. I remember the strong support she always gave to all your activities.

Sue, Sam and family – we are so sorry for the loss of your mom. Thinking of you and keeping you in our prayers.

To the Palkovic Family:

So sorry to hear about Mrs. Palkovic.

She was always a very pleasant and kind person and always had a smile on her face.

Uncle Pal, Dave, Wayne, Sue, Karen, and families, you are in our thoughts and prayers as we fondly remember Aunt Patty. Love,

Uncle Pal, Dave, Wayne, Susie, and Karen – and your families – you have our deepest sympathies. Aunt Patty was genuine, loving, and special. I value my childhood memories highly – thank you all for that. I know that Aunt Patty meant the world to my Mom and others. Our thoughts and prayers are with you.

We are so sorry to hear of your mom/grandma’s passing. She was such a sweetheart. It seems like just yesterday we were sharing stories at Kelsey’s graduation party. May God give you,your Dad and families the strength and beloved memories to get you through this difficult time. Love, The Whittemore Family