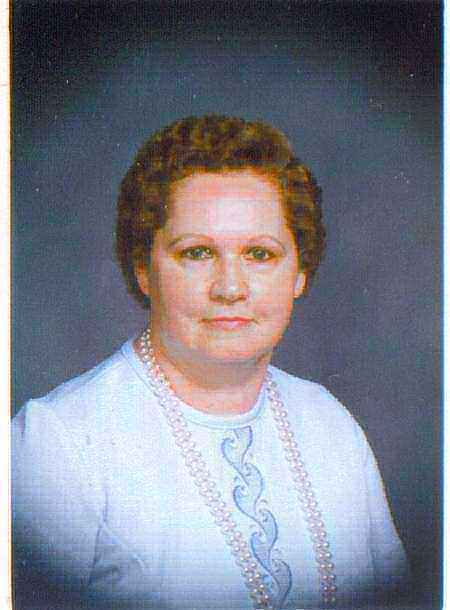 Olive L. Wright, age 86 formerly of Calcutta died on Friday, August 31, 2012, at the Gardens of Western Reserve in Streetsboro, Ohio after a brief illness.

The daughter of the late William and Faye Pickens Higgins, Mrs. Wright was born in East Liverpool on April 1, 1926 and lived her entire life here.

She was employed as the Office Manager of Columbiana County Memorial Park, retiring after 35 years service, a graduate of East Liverpool High School, class of 1944, and a member of the former Penn Ave. Methodist Church.

She is survived by two sons, James Wright Jr. of Aurora, Ohio and Bryan Wright of Goosecreek, S.C. as well as 6 grandchildren and 10 great grandchildren.

In addition to her parents and husband, Mrs. Wright was preceded in death by one daughter, Terry Lynn Wright, and two sisters.

Services will be held at the Calcutta Chapel of the Martin MacLean Altmeyer Funeral Homes on Tuesday, September 4, 2012, at 2:00 PM with Pastor Richard Smith of the Good Shepherd United Methodist Church officiating. Burial will follow in the Columbiana Co. Memorial Park.

Friends may call at the Calcutta Funeral Home on Monday, September 3, 2012, from 2 to 5 PM. And up until time of service on Tuesday.

May your memories of the wonderful times you shared with your loved one comfort you and your family, today and always.

To the Wright family,

Our sympathies are with you. We know it was not easy in the last year but she was very lucky to have a son and daughter-in-law who opened their home to her and enriched her life in the last years. I am sure she appreciated it. Words are not always the way that love is expressed but we know she loved you. Liz and Steve Coleman