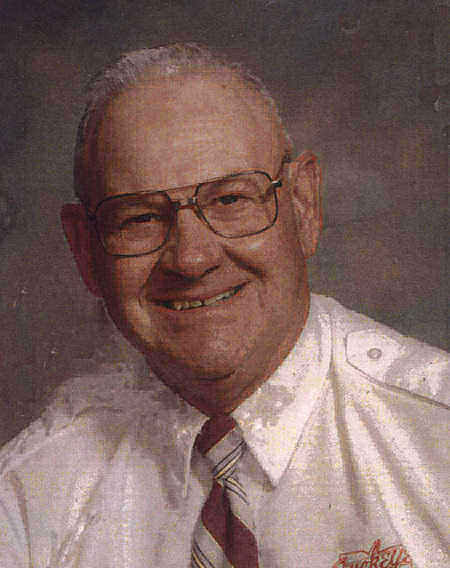 Norm was born in Dexter City, Ohio on September 19, 1934 to the late Harry and Rose Crock Cornett.

In addition to his parents, he is preceded in death by his brother Paul and his sister Mary Agnes Scott.

Norm was first and foremost a devoted husband and father, and to care for his family he held many jobs throughout his lifetime. He worked for 22 years for the Ohio State Highway Patrol. He worked for Quinn Coal and Marietta Coal, and most recently for Buckeye Pest Management. One job was never enough for him and he always managed to find time to work in construction and to repair, renovate, or build an addition to homes for family and friends, and for just about anyone who asked.

Norm was a devoted Catholic. As a young child and teenager he was a member of Immaculate Conception Church of Fulda, Ohio and then later when his family moved to Zanesville he was an active member of St. Nicholas Catholic Church and the Catholic Youth Organization CYO through which he eventually met his wife, Anne, in Baltimore, Maryland. In 1964 the family moved to St.Clairsville where he was an active member of St. Mary’s Church until his health no longer permitted. He loved much, and was loved much and will be sorely missed by all who knew and loved him.

Visitation will be at Beck-Altmeyer Funeral Home and Crematory 204 West Main St. St.Clairsville on Tuesday, October 16 from 2 p.m.- 4 p.m. and 6 p.m. -8 p.m. with a Vigil Service led by Father Michael Gossett at 7:30 p.m.
Family and friends will then be received Wednesday October 17 from 9:15 a.m. until the time of the Mass of Christian Burial at 10 a.m. at St. Mary’s Catholic Church St. Clairsville with Monsignor George R. Coyne as principal celebrant.

Interment will follow immediately at Holly Memorial Gardens after which a luncheon will be served at Marian Hall.

In lieu of flowers you may make a donation to St. Mary’s Church or another charity of your choice.

Send your condolences online at altmeyer.com

I am sorry about Norm. I’m keeping you all in my thoughts and prayers. May God comfort you and fill you with His peace.

Anne and family, We were so sorry to hear about Norm! He was a great man and will be sorely missed! We will pray that you find comfort and peace! Love, Chris and Bob Boyle and family

We are so sorry to hear of your loss of Norm. Our sympathy to you and all your family. We always loved seeing you in church when we lived in St. Clairsville. May you find peace in all your beautiful memories together.

Dear Anne,Fr. Dave and all my cousins, My prayers are with each one of you at this difficult time of loss. God’s Love is forever. Norman served a full life. May He rest in Peace. Sister Louray Noll

Very sorry to hear of your loss. I hope that you may find strength in all good things that are accomplished in a life of service and the gathering of friends and family. I know that they all please the Lord, and it will help join you all to Him.

DEAREST ANN & FAMILY. I HAVE KNOWN MY DEAR FRIEND ANN FOR SOMETIME. SHE IS A DEAR SWEET SPECIAL FRIEND. I MET NORM, AND HE ALWAYS WAS A JOVIAL, NICE MAN. BOB & I SEND OUR THOUGHTS AND PRAYERS TO ALL THE BELOVED FAMILY OF “NORM”, AS HE WAS KNOWN. GOD BLESS ALL OF THE FAMILY AND KNOW “NORM”, IS GONE, BUT WILL NEVER BE FORGOTTEN.

Dr. Fr. Dave and Mother Anne and all the family of Norm, my prayers are with you at this difficult time of loss. May Norm’s soul rest in peace. May your hearts be ever comforted. May his memory last forever. Loving prayers, Linda Hill-Phoenix

I am saddened to hear of your loss. May the many memories you have, the prayers and support of family and friends, and your trust in the Lord carry you through this difficult time. You are in my prayers.

Please accept our deepest condolences at this terribly sad time. You will all be in our thoughts and prayers.

Fr. Dave: My heart goes out to you and all your family for I know you will miss your father profoundly. You are in my thoughts and prayers.

I am sorry to read of your father’s passing. I remember you speaking often of him when we worked together so many years ago and I know your wonderful memories will be a comfort to you in the difficult days ahead.

I have many fond memories of your Dad/husband from Webster Springs days and again in St. Clairsville. Remembered as a generous, friendly gentleman. My prayers for all who love him.

My thoughts and prayers go out to Norman’s family and his friends. He did my Background on me at the Ohio State Highway Patrol. He was a wonderful example of what a Trooper should be, and he inspired me to do the same. I never have forgotten him in all these years.

Deepest sympathy to you and your family. Thoughts and prayers are with you for your loss.

Our thoughts and prayers are with you and your family Father Dave.

So sorry for your loss! He was a very sweet man! Love and Prayers!

Sorry for your loss. Rose Crock was my Great Aunt. I work for Summit Acres Senior Apartments.

Sorry to hear about your loss. My condolences.

You are in our thoughts and prayers. So sorry to hear of your loss. A long lost cousin Dorothy Noll Schaad