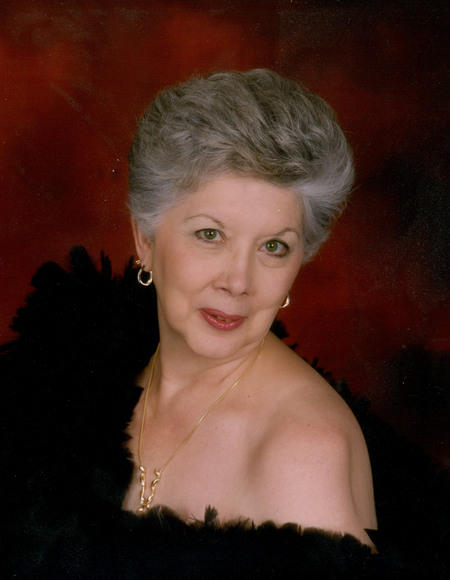 She was born January 2, 1948 in Bellaire, Ohio a daughter of the late Chester and Jacqueline Greenwood Crooks.

In addition to her parents, she was preceded in death by her husband, George Karvellis on January 16, 2013.

There will be no visitation. Funeral services will be held on Monday at 11 am at the Zoodochos Peghe Greek Church in Martins Ferry, Ohio with Fr. John Kostas, as Celebrant. Interment in the Greenwood Cemetery in Wheeling, West Virginia.

Share your thoughts and memories with Nancy’s family at altmeyer.com.

So sorry to hear of your Moms passing. I always enjoyed working with Nancy on the Red Cross board. She was a great colleague. When I served as Dean of the Campus, Nancy and Hughes Graphics provided excellent service. I greatly appreciated your support of our fund drive. Nancy will always be in my heart as a special friend and colleague. My special thoughts and prayers are with you and your family.

As the Holidays approach we miss you again even more…glad you finally got to fly with the angles you always loved to talk about..

So sorry to hear about the passing of your mother. My thoughts and prayers are with you and your family at this difficult time. With sympathy,

I am really sorry to hear of the passing of another of our classmates. Nancy was a wonderful, caring, person. She will be greatly missed! Prayers to all of her family thru this difficult time.

I am so sorry to about Nancy’s passing. She was a truly gifted person who was a credit to her community and to our class. The world is a little less bright without her.

I Am so Sorry You shall Be In My prayers & Please may You rest In Please In Heaven Along With All the Others that I Loved & Knew That Also Passed Nancy My Dear Cousin You shall always Be In My Prays. Love You James Donahue.

I am sorry that our class has lost yet another great individual. Nancy was a very good friend who was my walking buddy going to band practice every day after school. I knew even then she had a good business sense about her and proved me to be right. What a lady!

She cared very deeply about her family and always about her children and stepchildren and often told me she hoped their lives would be good ones. She truly loved all of them and they were embedded in her heart! She told me life was not the same once she lost her true love. May God be with the family as they deal with losing the cornerstone, the glue that tried to hold everything together. What a great person has been lost. Love you, Nancy, and will miss you. Rest in peace!!

I am sorry to hear about another of our classmates passing it reminds us that we are getting older and that is not always a good thing. Nancy was a good person and will be missed

I had the pleasure of working with Nancy while she was a Xerox agent. She was a wonderful person and a great businesswomen. I know she will be missed by all. My thoughts and prayers go out to all her family and friends.

I used to do Nancy’s hair and nails when I worked in Shadyside at Hot Locks. Then she came to my salon in colerain for a couple of years. She was always sharing her life… Pictures of grandchildren, her faith in God, her love of her family! She was so proud of her kids and grand kids! We shared memories, laughs, good times and illnesses together. I’m sorry for the pain you feel, but she isn’t gone… She lives on through each of you kids and grand kids! Know you are being prayed for! She is a wonderful woman and I pray you constantly remember all the good times!

I’m very proud to be Nancy’s older brother, I will miss her a lot.

I am sorry to hear about the passing of your Mom. Although I never met her, it sounds like she was a great lady. Remember the good times with her. Please accept my sincere condolences. Dan

I was saddened to hear of your mother’s passing and will keep your family in my thoughts and prayers.

My sincere sympathy to Adam and the family of Nancy for your loss. My thoughts & prayers are with you all at this time.

My thoughts and prayers are for the Crooks family and Nancy’s extened family. I am deeply sadden to hear of her passing. Nancy was a good lady.

My thoughts and Prayers for your Family. Nancy was a great lady and good friend. She will be missed.

Nancy was a pioneer in women’s rights. She was a very good business person, and a friend. She will be missed. Tracey and Rich

OUR THOUGHTS AND PRAYERS TO YOUR FAMILY. VERY SORRY TO HEAR OF YOUR LOSS. YOU ARE IN OUR PRAYERS.

So sorry to hear about your loss of your mother may god be with you through this rough time.

So sorry too hear of the passing of your mother. You both will be in our thoughts and prayers. God Bless to you and your families!

So very sorry to hear of Nancy’s passing. She was a very hard working woman who was an inspiration to many young women today. She was a great friend and classmate and will be greatly missed.

We are so sorry to hear of Nancy’s passing. She was a great woman who will be sadly missed.