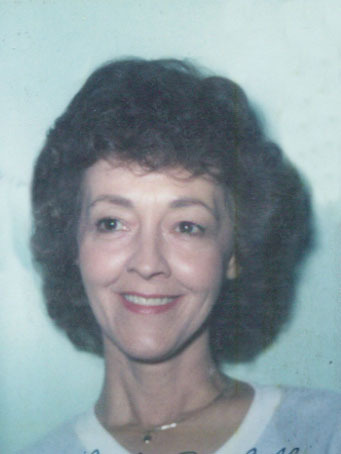 She was born October 3, 1936 in Shadyside, Ohio a daughter of the late Roy and Edna Adams Cross.

She was a homemaker and a member of the Church of Christ Shadyside, Ohio.

In addition to her parents, she was preceded by a son, Brad Richardson, three brothers, Leonard Cross, James Francis “Louis” Cross and Warren Cross and a sister, Jean Day.

There will be no visitation.

Services will be at the convenience of the family.

Arrangements by the Bauknecht-Altmeyer Funeral Homes and Crematory 3900 Central Avenue Shadyside, Ohio
Condolences may be expressed to the family at altmeyer.com

Bill, so sorry to here of your wife’s passing. Peace be with you and your family. Laurel Reisberger Jablonka

I’m glad and grateful that God allowed our paths to cross; and, it was indeed a pleasure and a blessing, to visit with you and Nanca at Liza’s Place.

Lynnette you are in my thoughts and prayers during this difficult time. I am always just a click away if you need anything. Love you sweetie :

Sincerest sympathy and condolences to the family of my friend, Nanca Tranum.

I shall remember her with much fondness.