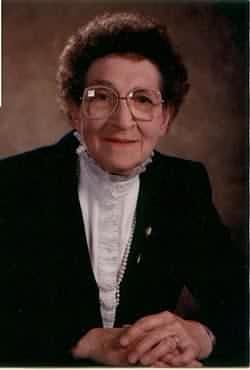 She was born May 5, 2001 in Wheeling, daughter of the late Charles and Magdaline Michel Minch. She was a retired cook for the Bella Via Restaurant in Wheeling for over 25 years, was a member of St Michael Catholic Church, and was a member of the Christian Mothers and the Legion of Mary at St. Michael Church.

Friends will be received Wednesday, April 4, 2001 from 2-4 and 7-9 pm at Altmeyer Funeral Home, 1400 Eoff Street, Wheeling. Funeral Liturgy with Mass will be celebrated Thursday April 5, 2001 at 10:00 am at St. Michael Catholic Church with the Rev. James Sobus as celebrant. Interment will be at Mt. Calvary Cemetery, Wheeling.