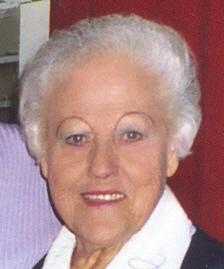 Ryan, Mildred M., 75, of Moundsville, WV, died Saturday, October 7, 2006 in Wheeling Hospital, Wheeling, WV.
She was born November 21, 1930 in Cameron, WV, a daughter of the late James and Luvada Woods Warrick.
She was a retired cook with the Guest House Restaurant, Moundsville, and a Christian by faith.
In addition to her parents, she was preceded in death by her first husband, John McDonald, Jr.; her second husband, Robert Ryan; two sisters; and two brothers.
Surviving are a son, Timothy McDonald of Moundsville; three daughters, Linda Yoho and her husband, Jack, of Moundsville, Denise Wayne and her husband, Howard, of Proctor, and Patricia Wayt and her husband, Larry, of Moundsville; a brother, David Warrick of Maine; two sisters, Virginia Bryan of Moundsville, and Beulah Missouri of Florida; nine grandchildren; twenty-three great-grandchildren; and several nieces and nephews.
Friends received 7-9 pm Monday and 2-4 & 7-9 pm Tuesday at the Altmeyer Funeral Home, Lutes & Kirby Vance Chapel, 118 Grant Ave., Moundsville, where services will be held at 10 am Wednesday, October 11, 2006 with Pastor Paul K. Smith officiating. Interment in Riverview Cemetery, Moundsville
Online condolences may be expressed at altmeyer.com.

Dear Nancy Mary and I would like to offer our condolances on you Mom’passing away. I feel confident that you took care of her future residence. We do hope to get to the wake and see you to give you a hug. Sorry to read about Paul passing away. Youwere both a large part of our past. We would love to hear from you. With Love Mary and Dick Sharp

I will miss looking over from my back yard and seeing Millie sitting on her front porch. She always had a smile for everyone. I will never have a better neighbor. She will be missed by all who ever knew her.

mom I found your dads death reson you always wanted me to find on line, just wanted you to know I love you and miss you more and more every day.