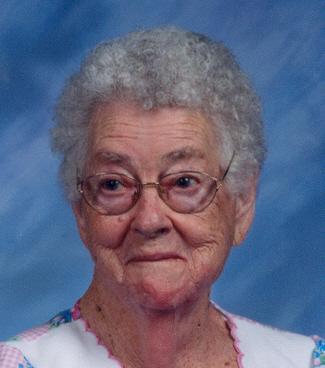 McCabe, Mildred L., 87, of Moundsville, WV, died Saturday, May 22, 2004 at home.
She was born June 5, 1916, in Sherrard, WV, the daughter of the late Henry and Hanna L. Horseman Steinman. Mrs. McCabe was a homemaker, and a member of the Ash Avenue Church of God, the Ladies Auxiliary VFW Post #437, the American Legion Auxiliary Unit #3, and was the Past State Councilor of Mound City #58 of Daughters of America, all of Moundsville..
In addition to her parents, she was preceded in death by her husband, Earl F. McCabe, in 1993; two sons, Robert Henry McCabe, in 1979, and Jerry Wayne McCabe, in 1992; a daughter, Irene Louise McCabe, in 1942; a brother, Carl Steinman; two step-brothers, Henry Nolte and Herb Nolte; and a step-sister, Doretta Norman.
Surviving are three sons, Earl F. McCabe, Jr. and his wife, Kelice, of Buckeystown, MD, Lance E. McCabe and his wife, Patty, of Moundsville, and Phillip L. McCabe and his wife, Cindy, of Glen Dale, WV; six grandchildren; six great-grandchildren; and several nieces and nephews.
Friends received 2-4 & 7-9 pm Wednesday, May 26, 2004, at the Altmeyer Funeral Home, Lutes & Kirby-Vance Chapel, 118 Grant Ave. Moundsville, where services will be held at 11:00 am Thursday, May 27, 2004 with the Rev. Vondie Cook and Rev. Billy Roe officiating. Interment in Mt. Rose Cemetery, Moundsville. The VFW Post 437 Ladies Auxiliary will have services 7 pm Wednesday at the funeral home.
Memorial contributions may be made to Valley Hospice, 98 B East Cove Ave., Wheeling, WV 26003.
Online condolences may be expressed to the family at altmeyer.com.