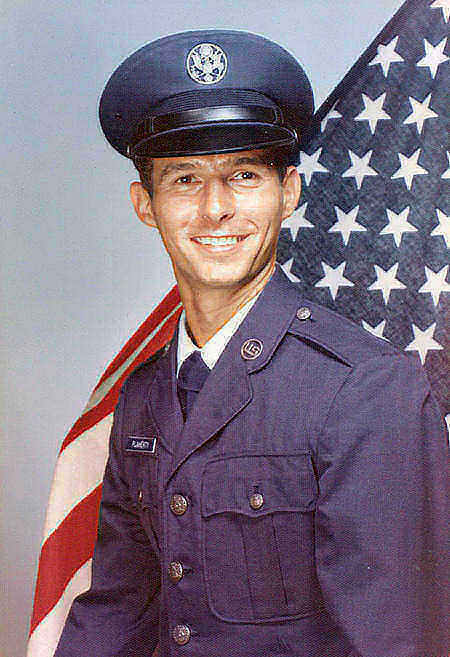 Flaherty, Michael E. “Ed” 63, of Packwood, WA, formally of Wheeling, WV, passed away October 25, 2013 at the VA Puget Sound Hospital Seattle WA, after a long illness.
He was born August 9, 1950 in Wheeling, a son of the late Michael & Consetta Carone Flaherty.
Preceded in death by his Grandparents, Joseph Bertha Nichols Carone
and Michael Emma Taylor Flaherty
Michael served in the United States Air Force from1975-1979 as a Personal Affairs Specialist and spent 3 years in Germany.
His military service sparked a lifelong interest in traveling.
He graduated from Wheeling High School 1968.
He graduated from Wright State University with a Bachelor of Fine Arts Degree and he was an accomplished artist & sculptor.
He also became an avid photographer & loved mountain hiking, climbing & spelunking.
Michael is survived by his 3 children, Emily Anne Tankovits, her husband Kevin, Michael Edward Flaherty & Lucas Bowen Flaherty; 2 grandchildren, Madeline Anne & Alyson Marie Tankovits; a sister, Michalene Hoskins, her husband Spike; a brother, Patrick Flaherty, his wife Cathy; 2 uncles, Joseph and Samuel Carone; and an aunt, Clara Wheatley and 2 nephews, David Shelek & Patrick Flaherty; former wife LeeAnne Flaherty and many, many friends.
Family and friends will be received from 10:00 am. until the time of the funeral service at 12noon Saturday, November 16, 2013 at the Altmeyer Funeral Home, 1400 Eoff Street, Wheeling, with Rev James Lacrosse officiating.
Interment and military services in Mt Calvary Cemetery, Wheeling.
Offer condolences online at altmeyer.com

May your soul rest in peace eternally – in Jesus’ name – AMEN

I didn’t know Mike but his brother Pat has been a good friend to my brother Dave and me through the years . To Patrick and the rest of the family I send my condolences in your time of loss.

Lee Anne, I was so sorry to hear of the loss of Michael. Let your memories bring you comfort during this time of sorrow.

May the love of God surround you and your family during this difficult time May you come to know that the love of God is with you always, may your memories of Michael E. Flaherty, give you peace, comfort and strength…

What words can every express what a person feels when a family member or friend leaves our life. Let perpetual light shine upon “Eddie”.

So sorry for your loss. Your brother and I graduated together. I know you will miss him but remember all the good times you had growing up.

So sorry to hear about Mike. I loved and adored him growing up. Ang and I and Mike were the best of friends growing up. My prays and thoughts go out to his family.

Thoughts and prayers to Michael’s family. I went to Clay School with Michael and have some of the best memories of such a kind and loving person. Will always cherish those memories. Rest in Peace my dear friend.

To The family of Michael Flaherty, please know that my thoughts are with you all at this time. I lost my mother and father and I can tell you that time becomes a friend. Although you will never forget, your good memories alone will help get you through. To Lee Anne, my supervisor, my friend, my family we go way back and I especially want you to know that Vic and I are always here for you, we love you.