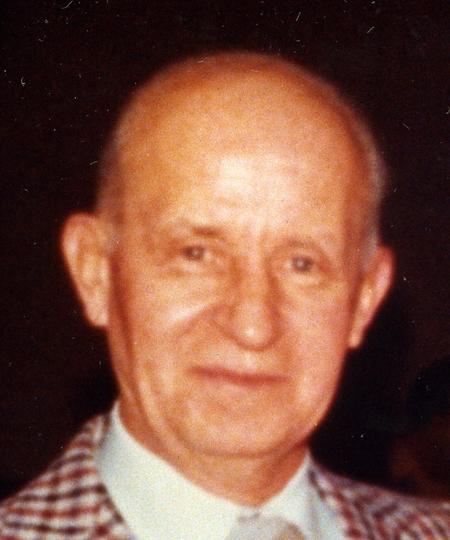 BRAK, Michael B. 87 of Wheeling, WV died Tuesday, August 17, 2004 in Wheeling Hospital. He was born Sept. 20, 1916 in Dunkirk, NY, a son of the late Felix and Sabina Brak. Mike was a retired assistant to the President of Picoma Industries of Martins Ferry, Ohio and Texarkana, Texas and a veteran of the Merchant Marines Service. He was a member of St. Alphonsus Catholic Church and a former member of St. Ladislaus Catholic Church. In addition to his parents, he was preceded in death by his wife Emma Humphrey Brak, and three brothers Adolph Brak, Henry Brak, and Bronislaw Brak. Surviving are his brother Alphonse Brak and his wife Jean; two sons, Mike Brak and his wife Joyce; Richard Brak; a special loving friend, Joan Knox; five grandchildren, Maria Smalley and her husband Terry of Raleigh, NC, Mike Brak and his wife, Anita of Irwin, PA; Rick Brak and his wife, Gail of Erie, PA; John Brak and his wife Cheryl of Fairpoint, OH; Anita Tsesmelis and her husband Manuel of Tarpon Springs, FL. He is also survived by 10 great grandchildren, Henry, Lily, Joanna, Maria, Alex, Katrina, Emily, Dustin, Ella and Haven. Friends will be received at the Altmeyer Funeral Home, 1400 Eoff Street, Wheeling 2:00-4:00 and 6:00-8:00, Thursday, August 19, 2004. Funeral Liturgy with Mass will be celebrated at 10:00 am Friday, August 20 at St. Alphonsus Catholic Church with the Rev. Patrick Condron as celebrant. Interment will be in Mt. Calvary Cemetery, Wheeling.

My heart and prayers go out to both

of you at this sad time. I pray that God’s comfort and peace will sustain you in the days ahead.

Our deepest sympathy on your loss. The memories of Mr.Michael Brak will last and be comfort to you in life. May God rest his soul, and Blesses him and you.