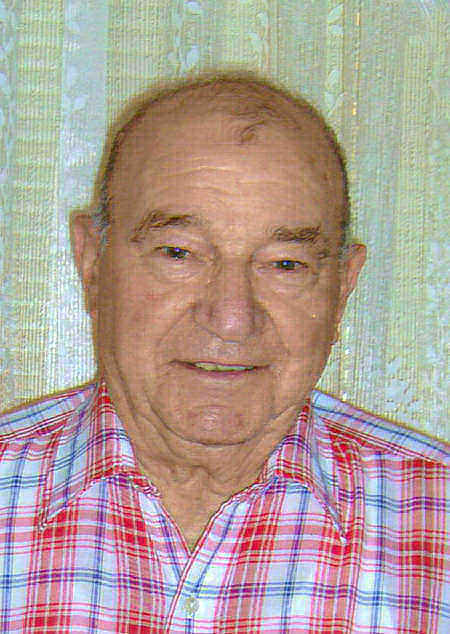 He was born April 21, 1922 in Bellaire, OH a son of the late Joseph and Angelina Panella Respole.

Melvin was retired from the maintenance department at Ormet Corp. and was a member of St. John Catholic Church, AARP, Ormet retirees Club #5724, Fire Brigade of Ormet, Shadyside American Legion Post # 521, Bellaire VFW Post #626 and proudly served in the U.S. Navy during WW II aboard the USS Pennsylvania and he loved his garden.

In addition to his parents, he was preceded in death by his wife Nora L. Santavicca Respole in January of 2011; five brothers and four sisters.

Friends will be received Sunday from 2-8 pm at Bauknecht-Altmeyer Funeral Home & Crematory 3900 Central Avenue Shadyside with a Vigil Service at 7:45 pm.

Funeral Liturgy with Mass will be celebrated on Monday 10 am at St. John Catholic Church, Bellaire, with Fr. Daniel Heusel as celebrant. Burial will follow in Mt. Calvary Cemetery, Bellaire.

Belmont County Council of American Legions will conduct the Military Rite 9:30 am Monday at the funeral home.

Memorial contribution may be made to St. John Catholic Church or St. John Grade School.

Share your thoughts and memories of Melvin with his family at altmeyer.com

May the love of God surround you and your family during this difficult time. May you come to know that the love of God is always with you. Your memories of Melvin will give you peace, comfort and strength…

I am so sorry to hear about your Dad. He amd my Dad, Walter Stemkowski worked together at Ormet. Your parents and mine were very good friends. They used to go to the Ormet Retiree Meetings together. Also, your Dad was always sharing vegetables from his garden with my family. May all the wonderful memories help you through this difficult time.

So sorry to hear of your father’s passing. You were lucky to have him for such a long time.

Sorry to hear about the passing of Uncle Melvin.

The pictures on the video brought back a lot of good memories.

Wishing you peace to bring comfort,courage to face the days ahead and loving memories to hold in your hearts.

Rick, … We are very sorry to hear of your Dad’s passing. We remember he and your mother well from our days on Highland Ave. Ida Mazur was a good friend of your family. She has been with us now for several years in Cincinnati, and she sends her love to you and family.