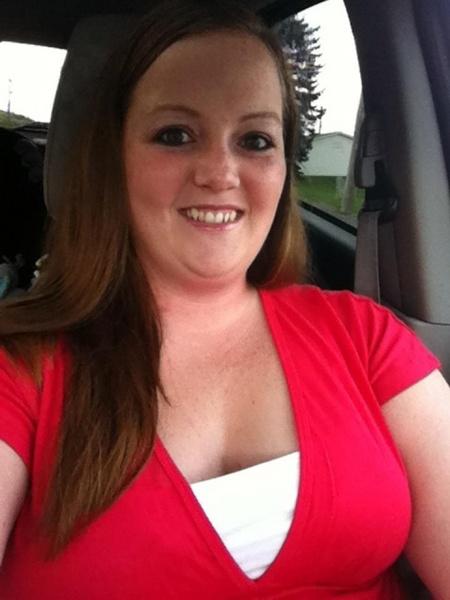 Meghann Dawn Nign, 27 of Calcutta, Ohio passed away suddenly along with her husband, Jamie D. Nign on Sunday, January 19, 2014 following an automobile accident. She was born in East Liverpool, OH on May 2, 1986, a daughter to Daniel E. & Penny J. Foster Ludwig of Calcutta, OH and had lived her entire life in this area. Meghann and Jamie were married September 9, 2006.
Meghann was a 2004 graduate of Beaver Local High School, a firefighter with the Calcutta Volunteer Fire Department, where she had just completed the 120 hour firefighter class in November. She was an EMT for North Star Critical Care, and had just enrolled in the Nursing Program at Kent State University. Meghann also coached soccer, was a scout leader in Girl Scouts and attended Northside Community Church.
In addition to her parents, Meghann leaves behind her children, two sons: Chayse D. Nign and Brody B. Nign; two daughters: Savannah D. Nign and Payslee R. Nign all at home; three step-sons: Tyler Nign of Lima, OH, Kristopher Nign of Marietta, OH and Zachary Nign of Minerva, OH and a step-daughter: McKenna Nign of Minerva, OH; a sister: Emily Ludwig of Calcutta, OH, her maternal grandmother: Grace Ann Foster of Calcutta, OH; a grandson: Travis Nign of Minerva, OH as well as aunts, uncles, cousins, nieces and nephews.
She is preceded in death by a sister: Amanda R. Bibbee, maternal grandfather: Lyle Foster and her paternal grandparents: Bessie and Louis Ludwig.
Services will be held at the Calcutta Chapel of the Martin MacLean Altmeyer Funeral Homes Tuesday, January 28, 2014 at 1 PM with Pastor Larry Rose of the church officiating.
Burial will follow at Columbiana County Memorial Park Cemetery.
Family will be present to receive friends at the Calcutta Chapel Monday, January 27, 2014 from 2-4 and 6-8 PM.
Contributions may be made to the Ludwig/Nign Fund at Chase Bank here in Calcutta, OH or The Nign Family Fund at any PNC location.
Family and friends may view this obituary, sign the guest book or send condolences online at altmeyer.com

Dan and Penny, I have no words to help heal you’re broken hearts. Thank God the children have you to raise them. With you’re love and guidence they will grow up knowing their parents and how much they were loved by them.

DANNY AND PENNY AND FAMILY,

I.M SO SORRY FOR YOUR LOSSES, AND YOU ALL HAVE MY DEEPEST SYMPATHY AND PRAYERS. RIP MEGHANN AND JAMIE

Danny, Penny, and all the extended Ludwig, Foster and Nign families,

We were so sorry to hear of this tragic loss. Please know that we have been continuously lifting y’all up in prayers. Praying God’s comfort and peace surround all of you today and in the days to come. We love you.

I am deeply sorry for your loss my heart goes out to the family especially the children, they are in God’s hands now, and at peace.

I am so sorry for your loss. Meghann was a wonderful mother, daughter, and person. I am praying for your family. God has a plan and you will be reunited again.

I am so sorry for your loss. Meghann was a wonderful person. I am praying for your family. God has a plan and you will be reunited again.

I didn’t know Meghann but being from Minerva so many are hurting over the tragic death of Meghann and her husband and the little girl that was taken way to soon,everyone is praying for all the children that are left behind and are recovering as well.May the Lord wrap his loving arms around all of you at this sad time.

Meghann was a great friend and mother. I’m truly sorry for everything the family has been through over the past 2 years. I wish for peace to the family and the children Meghann left behind.

Meghann was a wonderful mother and friend. I always loved being around her. Always smiling and helpful to others. She is deeply missed. My heart aches for the family. Amanda and Meghann are now together and their children have wonderful guardian angels. Rip meghann and until we meet again!! Forever in our hearts!! Blhs class of 2004!!

Nothing you hear or read will make this time any easier. However, there is a whole community sending prayers and thinking of the families involved in this tragic loss. I hope God comforts those involved. God bless.

Our hearts go out to the family. Penny & Danny our hearts are also breaking for you at this time.

Penny and Dan, I have no words that will matter other than to let you know that you, and the entire family, are in my thoughts and my prayers. It is an unfair, tragic loss felt by so many!!!

Words cannot express the sorrow that I feel for the loss of Meghann and her bright smile. Meghann will live on through her children and I hope that they are a comfort to you always.

Please accept my apologies. i will not be able to attend due to the weather. Please know that I am deeply saddened and am praying for you. May God’s grace and peace surround you all and bring you comfort as only He can.

Sorry for your loss. Thoughts and prayers to the whole family.

The entire family is in our thoughts and prayers. Please know that you have all the family and community here for you, all you need to do is ask. Praying for you all.

To Penny and her family- my deepest sympathy to all of you at this time. May God Bless you and give you the strength you need each day. My heart and prayers go out to you.

To the Nign and Ludwig families,

Please know that my thoughts and prayers are with you and yours during this most difficult time. May you find peace from God’s grace and know that there are special angels watching down upon you and the children. Special thoughts being sent from the nursing department at Kent State- EL. God bless you all!

We were truly saddened to learn of the passing of Meghann. Our thoughts and prayers are with you during this difficult time.

Your family is in my thoughts and daily prayers during this time of unimaginable tragedy. God Bless