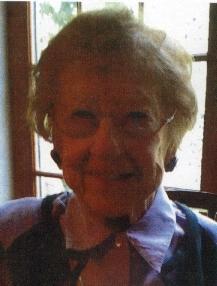 Mary L. Stone, 94 of Wellsville, OH died at Salem Community Hospital on Monday, June 24, 2013 after suddenly becoming ill at home. She was born in East Liverpool, OH on February 22, 1919 and was a daughter of the late Glayde L. and Edna B. Horner Coleman.

Living her entire life in this area, she was a 1936 graduate of East Liverpool High School, attended Ohio Valley Business College and attended Winona United Methodist Chruch. Mary enjoyed playing the piano. You could find her playing for the Wellsville Alumni Activities Fundraiser Dinners, as well as playing for the residence of various nursing homes and care centers and at weddings. She loved to bake and worked on quilts for preemies and newborn infants at Aultman Hospital through “Tiny Hugs and Stitches”.
The joys of her life were her husband, her children and her grandchildren.

Besides her parents and husband, she is preceded in death by three brothers: Andrew Coleman, Paul Coleman and George Coleman as well as a sister: Ruth Coleman.

Following the committal service at the cemetery, family & friends will gather for food and fellowship at the Wellsville Alumni Center.

The family request Memorial Contributions be made to the Wellsville Alumni Activities Committee or the Winona United Methodist Church.

I am so sorry to hear of the loss of Grandma. She was an amazing woman, and always had a hug and a smile ready for you. I don’t think she ever knew a stranger. I will fondly remember the times that we spent together, mostly during my childhood. She reminded me of what it was like to have a Grandma, as I had none of my own. But even after a long period between visits, sometimes years, she was still ready with a smile and hug. Always welcoming, always glad to see you. May she be at peace and rest now, and may the families find comfort with each other and God’s love. She will be deeply missed by many. My thoughts and prayers are with you all.

Our thoughts and prayers are with you!

We are so very sorry to hear of your mom’s passing. She was such a sweet lady. We have many happy memories of her. You are in our thoughts and prayers.

So very sorry to hear the loss of your mom. I’ll never forget meeting her and talking to her about the family tree and the stories she had on the Coleman side. Hugs and prayers to you all.

Please accept our condolences from the Sprouse family.

Your Mom was amazing. We always enjoyed visiting with her. She will be missed.