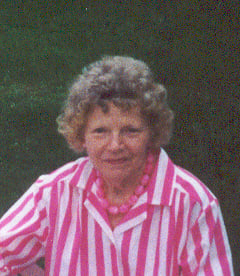 After the service and burial at the cemetery

After the service and burial at the cemetery

The daughter of the late Hiram and Martha L. Brooks Lowers, she was born in East Liverpool on December 30, 1910. Living her entire life in this area Mrs. Dunlap worked as a Secretary at the former McLain Fire Brick Co. and the Former American Vitrified in the East End. She was a graduate of East Liverpool High School, Class of 1929, and the Ohio Valley Business College and attended the LaCroft Church of the Nazarene where she enjoyed being part of the bible study groups.

Mrs. Dunlap was preceded in death by her husband, Edward Dunlap.