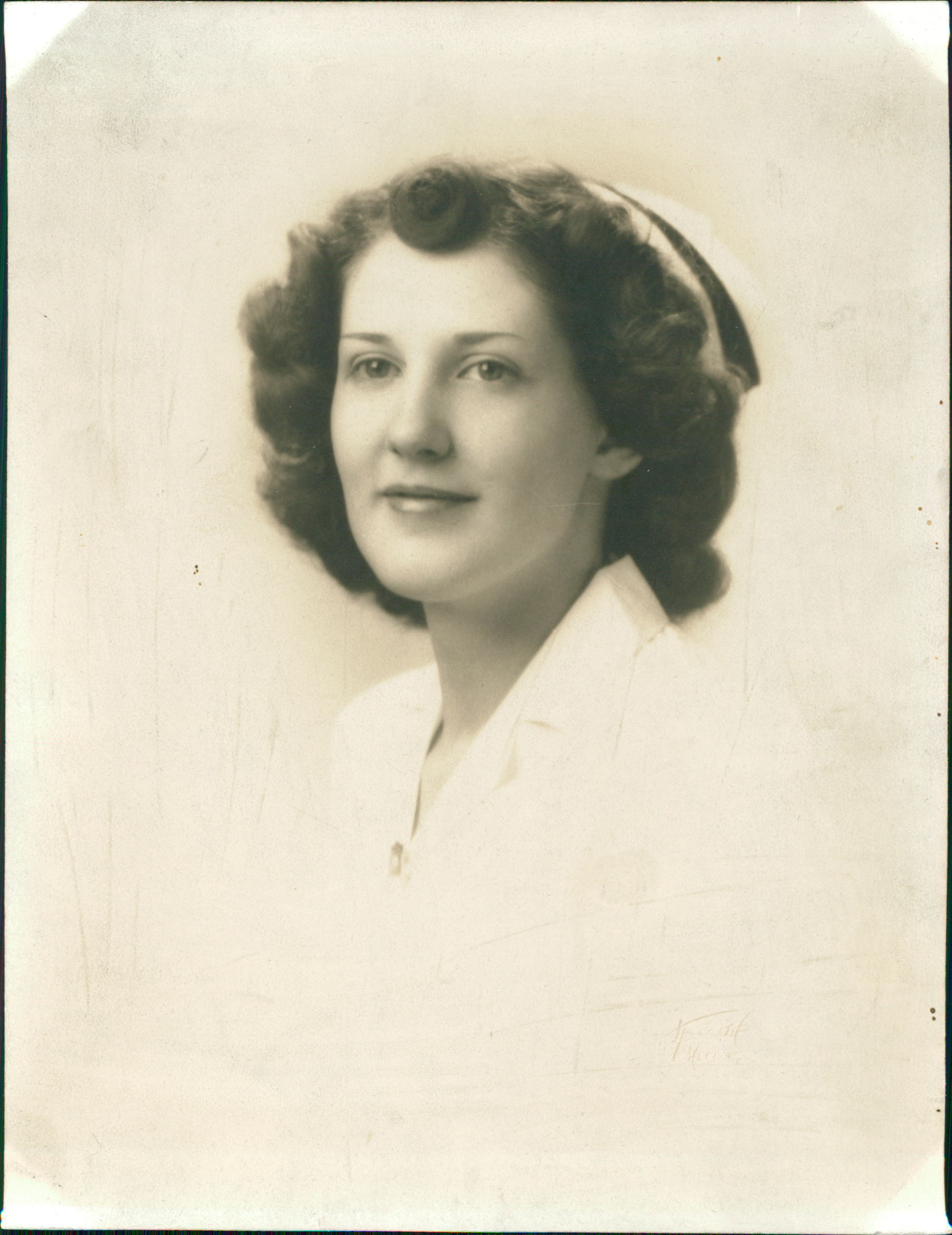 She was born on October 5, 1927 in Dallas, West Virginia a daughter of the late Harry Dague Riggs and Mildred Howard Riggs.

She grew up on the family dairy farm on Sand Hill near Dallas, West Virginia. She was Salutatorian of her graduating class of 1944 at Sherrard High School. Mary Jean earned her registered nursing degree from Ohio Valley General Hospital in 1947 through the Women’s Army Nursing Cadet Corps. After working as a nurse for a short time, she chose to be a homemaker.

She was a member of the First Christian Church, Disciples of Christ in Shadyside, Ohio where she served as the Sunday School Superintendant for several years. She was a Deaconess and served on several committees.

She belonged to the Sew-n-Sew Quilters of Shadyside, the Bloomin Red Hats of Shadyside, former Eastern Star Chapter 581 and the White Shrine of Jerusalem.

She loved to make quilts and wall hangings for her children and grandchildren, enjoyed bowling and bowled on two leagues, Sunshine Girls at Martins Ferry and Gutter Girls at Shadyside.

In addition to her parents, she was preceded in death by her husband of fifty years, Jack Edward Bonar on October 30, 1998 and a sister, Donna Riggs on November 20, 1990.

Family and friends will be received at the Bauknecht-Altmeyer Funeral Homes & Crematory 3900 Central avenue Shadyside, Ohio on Wednesday from 2 to 4 and 6 to 8 pm and Thursday from 10 am until time of services at 11 am with Pastor Eric white officiating. Interment in the Greenwood Cemetery in Bellaire, Ohio.

Memorial contributions may be made to the Shadyside First Christian Church, Disciples of Christ, 75 East 39th Street, Shadyside, Ohio 43947.

My thoughts and prayers are with you during this time of loss. Please know that I am thinking of you.

Deepest Sympathy on the loss of your Mother and Nana. May God give you the strength to endure.

Deepest Sympathy on the loss of your Mother and Nana. May God give you the strength to endure. Alice Stone

Deepest sympathy to the famiiy of my

beloved cousin, Mary Jean Bonar. You are in our thoughts and prayers. Distance and health issues prevent our attendance at the service, but our hearts are with you. God bless.

Extending heartfelt sympathy to all of Mrs. Bonar’s family. Truly saddened to learn of her passing. Another porch light has gone out on that great Smithfield Street. Always welcomed in her home, she was so kind and caring. Many fond memories. I’m sure Mr. Bonar greeted her with that ornery smile and twinkle in his eye and said- ‘Christ Mary Jean, what took you so long’.

We’re so sorry to hear of your loss. She raised a great family. Our thoughts and prayers are with you all.

I am praying for comfort for the whole family. She was always so welcoming to me throughout the years and was always so sweet. There is no doubt heaven gained an angel. She has so many loved ones she is leaving behind, but now she is able to watch over all of you much better. Rest in peace Nana…

I will always remember Mary Jean as a very kind and caring lady. She had a way of making all of us neighbor kids feel just like one of her own. When I think of her now, I remember her always smiling. She will be greatly missed by all those who had the honor of knowing her.

Kevin and I have always thought the world of Mary Jean. She was such a sweet woman with a special love of her family! I never saw her in church without a child on her lap. God rest her soul and comfort all during this time. God Bless!

Mary Jean was a special lady who would always greet you with her kind smile. She always looked to help others. With her gentle spirit she was a positive influence on so many lives. She will be truly missed. Our thoughts and prayers to her family.

Our thoughts and prayers are with the extended Bonar family.

Prayers and sympathy for the family of Mary Jean. I will miss her friendly smile.

So sorry to hear about Mary Jean . She was a very caring person I Loved that we spent time together quilting .You all will be in our prayers for peace .

So very sorry to hear of Mary Jeans passing.

We surely are going to miss “OUR” team member at the lanes. Your family should be so PROUD to have had her in your lives as we enjoyed having her in ours. God Bless everyone of you!

We wanted to express our condolences to all of you in hearing of your mom’s passing. She was a special lady who was so proud of her family and expressed how they enriched her life. We will be praying for her & the entire family. She and Jack will be smiling on all of you!

Our thoughts and prayers go out to a very special family! May God comfort you during this difficult time!

To the Bonar family,

Please accept our deepest condolences on the loss of your Mother. You will be in our prayers.

To The Bonar Family:

Please accept my deepest condolences for your loss,and may God provide you with strength during this very difficult time.

We loved Mary Jean very much and will miss her so. It won’t be the same coming back to church up north and her not being there. We love you all and our hearts and prayers are with you.

We were so sorry to hear of Mary Jean’s passing. Many fond memories of her & the Bonars while growing up on Smithfield Street. She was an amazing woman who cherished her family. How blessed she was to have you all so close ! You are so fortunate to have so many wonderful memories of precious time spent with your Mom & Nana. Keeping y’all in our thoughts & prayers at this difficult time.