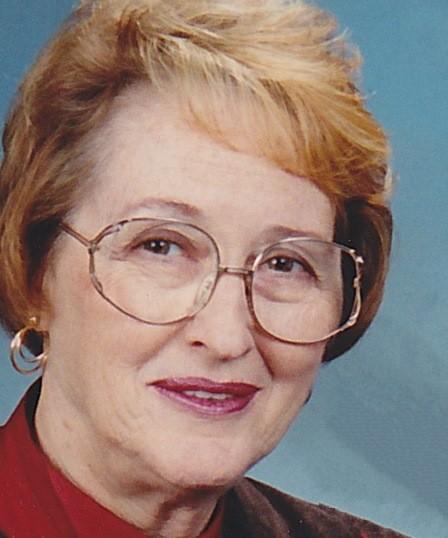 Virginia Beach – Mary C. Richard, 75, passed away October 15, 2011. Born in Boston MA, she was the daughter of the late John Downing and Dorothy Anderson Downing. A retired teacher in the Montgomery County, MD school system, she enjoyed traveling and art.

Mary leaves behind her husband of 51 years, Jean-Paul Richard; four children, Stephen Richard of Silver Spring, MD, Michelle Morningstar of Smithfield, VA, David Richard of Warren, VT, and Suzanne Richard of Rockville MD; her brother, Joseph Downing of Port Orange, FL; and eight grandchildren whom she enjoyed over the years. Mary is preceded in death by her other brother, James, of Durham, CT.

A Memorial Service at 11 a.m. Friday, October 21, 2011, at St. Simon’s by the Sea Episcopal Church in Sandbridge. Altmeyer Funeral Home, Maestas Chapel, is handling the arrangements. The family requests that, in lieu of flowers, donations be made in her honor to Open Circle Theatre www.opencircletheatre, org or the Osteogenesis Imperfecta Foundation www.oif.org . Condolences may be expressed to the family at altmeyer.com.

A second Memorial Service will be held in the DC Metropolitan area on October 27, 2011 at 10 a.m. at the Saddle Ridge Circle Community Center in King Farm, Rockville, MD.

How does one condense almost 40 years of memories of a beautiful,smart, talented, loving, active, educationed and family focused woman? Once can’t! Her life tells that story! It was our privilege to be friends. The Grimes’

We are so sorry to hear of your loss. Our thoughts and prayer are with you at this very szd time.

We are so sorry for your loss but know Mary is at peace and not suffering. We will miss her so much. We have so many wonderful memories of her from Paris to Rockville through all the years. Our prayers and love to you.

I am so sorry for your loss. I will always remember Mary for her encouragement when I came to work for the OIF and for her enthusiasm about life. My thoughts and prayers are with you.

So sorry for your loss of Mary.She was such a wonderful part of our family.Thoughts and prayers are with you all. May God bless you all.

Mary was always cheerful and supportive of her family, a talented artist, committed to making the world a better place, and a great friend for many years. We will miss her. You are all in our prayers.

My thoughts and prayers are with you all. Mary is in a better place and not suffering anymore. Love to all. Jan

Please receive our heartfelt prayers and condolences during this time of loss.

Will always remember the good times had while at NU and afterward. Especially the cruise taken ,the visit to your Sandbridge home as well as your trips to see us in FL.We will always cherish these memories God bliss you and the family.

Mary was such a lovely lady. I was a former student of hers. This was many years ago, but i decided to try and find her, and i found this. I am terribly saddened by this. May she rest in peace.