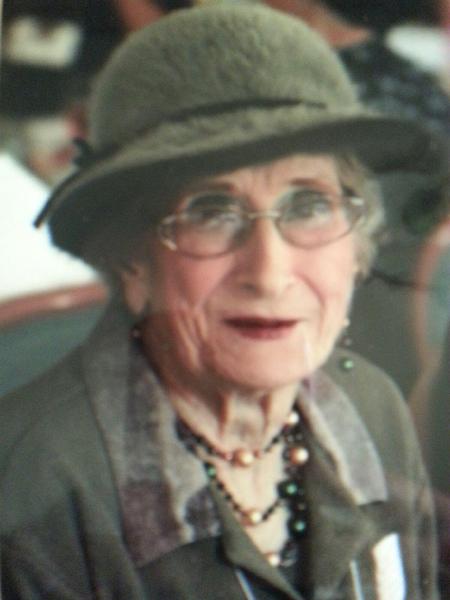 She came to Moundsville in the 1940s and worked at Dorsey’s Drugstore where she met and married Karl. She was head of food services at Moundsville Country Club for over 20 years. She volunteered at Reynolds Memorial Hospital for over three decades at the snack bar. Her cheeseburgers were famous throughout the Ohio Valley!
She was an active member of the Washington Lands United Methodist Church. She was also a charter member of the Washington Lands Garden Club.

Margie lived her life selflessly, serving God, her family, friends, and community throughout her life.

Mrs. Smith is preceded in death by her husband Karl; brother, Clarence Burkhart

Cindi and Family; I saw your mother just a few months ago at Reynold’s while my Mother a patient there. She looked great and we had a long talk. She will be greatly missed by many. My thoughts and prayers are with you. Relive your wonderful memories and know she is at peace with your Father. R. Michael Baker

Sorry about your mom. I’m sure she enjoyed her life and left knowing she made this small part of the world a better place. My thoughts and sympathy are with you, your sister, and the rest of your mom’s family and friends.

I’m so sorry for your loss. Please know that I’ll be praying for your family. We miss you at JM

We are so sorry for your loss. Please accept our thoughts and prayers in this tough time. Remember, you will always be part of our family!

Dear Cindy, I just heard of your mothers passing. I am so sorry I did not make it to the funeral home. Your mom was so good to me over the years. She was such a dear friend. My wife told me about all of the good deeds she did at Reynolds Hospital, the gift shop, snack shop and special events. We will miss her. Jimmy and Marlene Lawther

Dear Richie, Cindi and Missy, We are so very sorry to learn about your mom. Oh what a great Lady, neighbor and friend she was!!! And what a great cook !! So sorry we can’t be there in person, we are out of town. May your memories help to dry your tears. Our heartfealt prayers go out to you.

Margie you were the best and kindest person I ever meet. Even after being gone from Moundsville CC for over 45 years you were never forgotten. Everyone is right you made the best Hamburgers in the world.

Margie was one of the kindest, loving people that I have had the pleasure of knowing. My family has had the good fortune of having your son, Rich, as my brother-in-law and Cindi and Missie as an extension of our family. I know you were very proud of your family, grandchildren and great grand children. My family shared wonderful Holidays with you Margie and your terrific cooking. I put your kindness and “big heart” right up there with my mom. You were a one of a kind lady and you will be sadly missed. Lots of Love.

So very sorry to hear of Margie’s passing. She was a great lady who will be missed by many. I always enjoyed being around her.

the memories are so unlimited. Margie was a wonderful woman, and friend in my childhood days. shopping at stone and Thomas the weekly sun visits to wheeling to watch movies, working snack bar at mdsv country club serving dinners, the list goes on and on. she will be deeply missed.