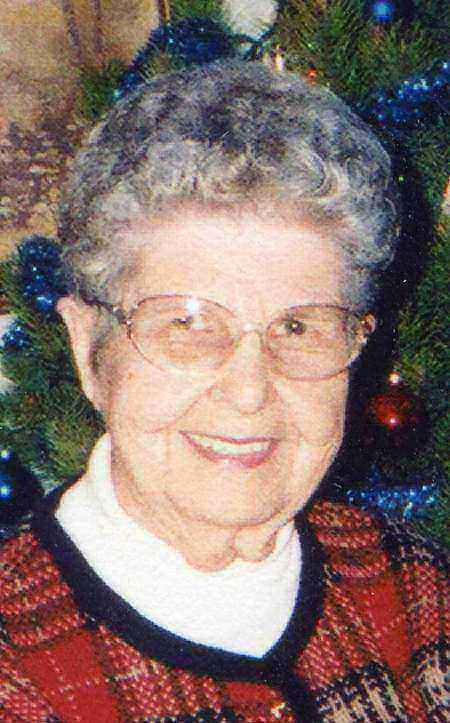 Marilyn J. Seigler Barbuto, 78 formerly of Etruria Street, East Liverpool, OH died at the Hospice House in North Lima on Tuesday, December 5, 2007 following a lengthy illness. She was born in Salineville, OH on June 29, 1929, the daughter of the late Walter and Beaulah Close Seigler.

Living her entire life in this area, she was a secretary in the Southern Local School District where she graduated from high school.

Her husband, Paul F. Barbuto whom she married in 2002 survives her at home as well as four step-sons: Anthony Barbuto of West Point, OH, Paul Barbuto of Kent, OH, Brian Barbuto of Cleveland, OH and George Barbuto of Mt. Vernon, OH as well as six grandchildren and several nieces and nephews. In addition to her parents, she was preceded in death by her brother.

A Memorial Service will be held at the Calcutta Chapel of the Martin MacLean Altmeyer Funeral Homes on Sunday, December 16, 2007 at 2:00 PM with Rev. Paul Sturm officiating.

Burial will follow in Woodland Cemetery in Salineville, OH.

We want to express our deepest sympathy to you all on the passing of Marilyn; Paul, you are a very special man to my family especially my father, through the Knights, activities at St. Ann’s, and numerous other “get togethers”. Our family mourns with yours, and we ask God through our prayers for his grace and the Holy Spirit’s blessings on you and your family especially during this time of sorrow. God Bless,

I wanted to express my condolances on the passing of your wife and mother. I know it’s especially hard during the holiday’s. We lost mom a year ago Nov 1st. You and your family will be in my thought and prayers. I hope you remember who I am. It’s been along time since I’ve seen any of you. I grew up on Chester Ave.

Paul&family We sure will miss Marilyn.When she moved from Florida to Ohio we were happy for you and her.Wish you could of had longer together she was a great person.Take care and keep in touch.Just know that she is at peace now.

Sincere condolences to the family of Marilyn, a gracious lady and old friend.