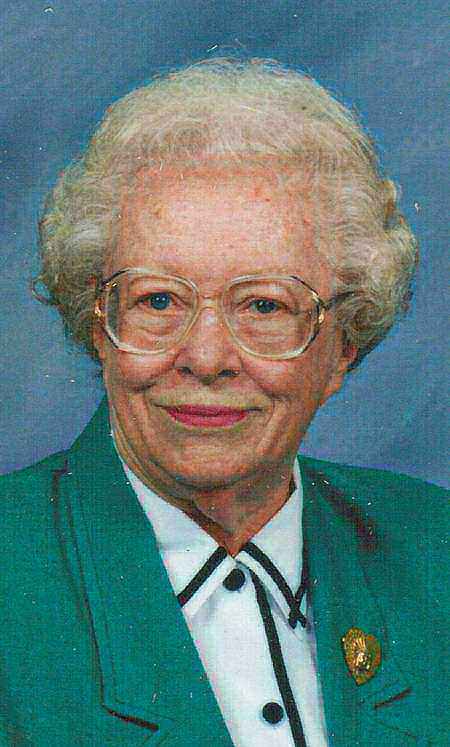 Virginia Beach – Marie Beier Graziadei, 89, beloved wife, mother, grandmother, and friend passed away peacefully on September 27, 2012 surrounded by her family and while eating chocolate ice cream. Born in Cincinnati, Ohio in 1923, she was the daughter of the late Julius and Anna Motz Beier.

In Virginia Beach, Marie was a former volunteer at the Oceana Naval Station Health Clinic. She was also a long-time parishioner of Star of the Sea Catholic Church in Virginia Beach and an active Volunteer for Star of the Sea’s Social Outreach ministry. While in Pelham, she was an active congregant of Saint Catherine’s parish and a highly involved member of the Ladies of Charity of Pelham and other church activities. In addition, she was a Life Member of Price Hill Historical Society of Cincinnati, OH.

The family would like to extend their thanks to the many, many people in Mom’s life that cared for her and made her final days a joy: parishioners and staff of Star of the Sea Church; Dr. Anthony B. Hardt and the medical staff of Sentara Family Physicians; the physicians, nurses, respiratory therapists, and other staff of Sentara Virginia Beach General Hospital on 4 East formerly 3 East, 2 West Cardiac floor, Emergency Department, and Cardiac Care Unit; as well as the staff of Sentara Nursing and Rehab Center – Windermere and the staff of Virginia Beach Healthcare and Rehabilitation Center.

A Mass of Resurrection will be held at 11 a.m. Tuesday, October 2, 2012, at Star of the Sea Catholic Church with Rev. Fr. Esteban DeLeon officiating. The family will receive friends from 6 to 8 p.m. Monday, October 1, at Altmeyer Funeral Home, Maestas Chapel, 1801 Baltic Avenue in Virginia Beach. In Memory of Marie Graziadei, and in lieu of flowers, the family requests that memorial donations should be made in Marie’s name to Star of the Sea Catholic Church Social Outreach, 1404 Pacific Avenue, Virginia Beach, Virginia 23451. Condolences may be offered to the family at altmeyer.com.

Karen and I are deeply sorry for your loss. You are in our thoughts and prayers.

Ann and family – Sending deepest sympathy for the loss of your mother.

All though I did not know her, from the messages posted she was an exceptional woman. May her life well lived be a lasting inspiration to those who knew her. And the treasured memories of her always bring a smile to you.

Ann my prayers are with you and your family.

Ann Sorry to hear of your Mother’s passing.

Thinking of you at your time of loss. Best from all of us at Burke VFRD.

May all of the good memories serve to give you comfort and caring thoughts from others carry you through. I will keep you in my thoughts and prayers.

You are in my thoughts and prayers at this difficult time. It is a blessing to be able to be eating chocolate ice cream at the time of going home to the Lord.

Peace and comfort be with you and your family

We are sad to hear of your loss. Our prayers are with you @ this difficult time. Her life was full as her next life will be in the hands of the Lord. She was Blessed.

Dear Ann, Having known you all these years, gives us a good idea of the kind of woman your mother was. The way you face life head-on and tackle obstacles with determinatation, must have come from her! We are so sorry that we cannot be there to support you through this, but we will be there in spirit. Her strength will help carry you through this tough time. Our condolences go out to the whole Graziadei family.

Dear Ann: Our prayers continue to be with you and your family. Although hard to be an “escort” for a loved one’s last journey on this earth…the gift is special… And you and your mom are two especially gifted spirits that have made and continue to make the world a better place. May peace and Shalom be with you at this time.

For Ann, Daughter of Marie Graziadei,

You and your family are in my thoughts and prayers as you celebrate the life of your mother and grandmother.

Grandma, you were the best grandma that we could of asked for. I hope you’re eating all the chocolate you can dream of. Tell Uncle John and Grandpa Graz hello. I love you.

I took over the Pelham Ladies of Charity ‘Layette Program’ 14 years ago. Marie has been so supportive of our mission through the years.Always encouraging…always so responsive. We’ll miss her! May she rest in peace.

I will miss the tales of home emergency preparation & response that Marie inspired in Ann during tornado’s and hurricanes at Virginia Beach! Mom’s are pretty special and you were graced with a great one.

Mrs. Graziadei was a member of the last of our greatest generation. She lived her faith and was an inspiration to those who knew her. She accepted life as it came to her, whether it was deep sorrow or great joy, she remained serene, gracious and ever faithful. Thank you for our being our role model and setting the bar so high. Surely there is great rejoicing in Heaven! You are home.

Our condolences go out to your entire family.

Our deepest sympathy goes out to the Graziadei family in the loss of your Mother and Grandmother. Mrs. Graziadei was a very wonderful and loving lady. She meant a lot to us and we loved her very much. We will always cherish her friendship and remember her kind, loving nature. All of you are in our thoughts and prayers. We love all of you very much.

Very sorry for your loss, Ann. Celebrate her life, she seems to have had a full one and you, your brother, and nieces and nephews are her legacy.