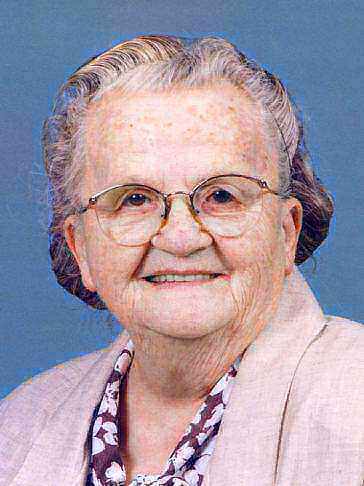 Besides her parents and husband a son Emmett L. Varian Jr., and two brothers, Gail Tilton and Charles Tilton preceded her in death.

Services will be held at the Calcutta Chapel of the Martin MacLean Altmeyer Funeral Home on Saturday, October 6, 2012 at 11:00 AM with Rev. David Price of Wesleyan Methodist Church in Washington, PA, assisted by Rev. Craig Childers. Burial will be in Columbiana County Memorial Park.

Following the burial family and friends will gather for food and fellowship at the Hospitality Center of the Martin MacLean Altmeyer Funeral Homes at 145 West Fifth Street in East Liverpool.

Memorial Contributions may be made to Hospice of the Valley, 5190 Market Street, Youngstown, OH 44512.

Even tho it has been many years since I’ve seen Mrs Varian/your Mom, I remember her with very fond memories. She always seemed to have a young and fun loving spirit.

May the Good Lord wrap his arms around you all and guide you thru this difficult time.

I’m so sorry to hear of Mrs. Varian’s passing. She was such a sweet lady and was always so kind to all of us high school kids who would come into the bakery. May God Bless you all and give you strength at this time.

Mae Louise, Patty, Mark & Family, Please accept our most sincere sympathy in the loss of your mom. May Gods peace bring you comfort in the days ahead. Sincerely, Pam Wells

So sorry to hear of the passing of your mother. I am sure she will be sadly missed. It is very hard when you know how much those long talks with mom will be missed. Take care. We will keep you in our prayers.

Mrs. Varian was a gentle and kind woman who warmed her household with love. May her family find peace in the memory of her long and well-lived life.

Mrs. Varian was always nice to me. I send condolences to the family.

Rest in his peace dear Aunt.

So sorry for Mae’s loss.Peace be with her no more suffering.

So sorry to hear about your mom. I really enjoyed the time taking care of her and talking to you. She was a great woman and will be missed.

So sorry for the loss of Aunt Mae. She was one great lady. Have lots of good memories of her in the years I was growing up. I know this is a very difficult time for you and just want you to know that Ethel and I are thinking about you and praying for you. Sorry we can not make it back for the services but you are in our thoughts. I do know from experience that the Lord can and will help us in these times. We love you all.

We are so sorry to hear of your loss. You all are in our prayers.