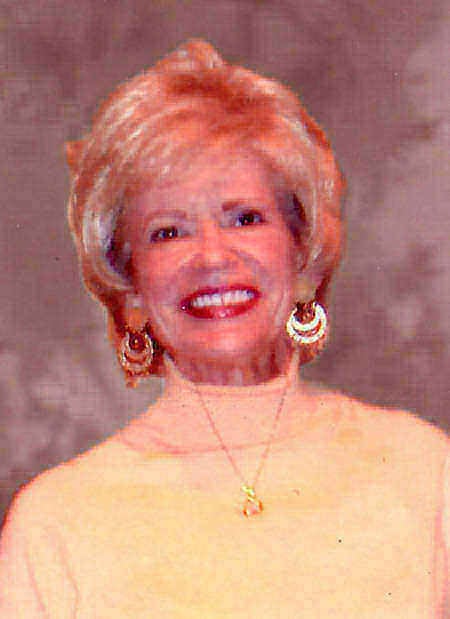 OPIC, Louise A., 73, of Louisville, Ky., passed away on Thursday, November 10, 2011 at the home of her nephew and niece, Joe and Vicky Calissie of Martins Ferry, Ohio.

She was born in Benwood, W.Va. on April 6, 1938, to the late George and Cecelia Opic Pisarcik.

In addition to her parents, she was preceded in death by her sister, Mary Evelyn Calissie Weigand and her nephew, Fred Calissie.

She graduated from St. Joseph’s Academy in Wheeling, and was employed at Wheeling Hospital as an executive secretary for Sam Nazzarro. She retired for the General Electric Corporation after 42 years of service, having worked in their corporate locations in Cleveland, Ohio and Louisville, Ky. She was a member of the GE Elfun Society, and the Church of the Epiphany in Louisville, Ky. She was also very active in the Healing Blanket Ministry.

Friends will be received Monday, November 14, 2011 from 10 a.m. until 11:30 a.m. at the Altmeyer Funeral Home, Elm Grove Chapel, 154 Kruger Street, Wheeling. Mass of Christian Burial will be celebrated at St. Michaels Catholic Church, Wheeling, at Noon on Monday, November 14, 2011 with Rev. Dean Borgmeyer as celebrant. Interment will follow at Mt. Calvary Cemetery, Wheeling. Memorial services will be held at the Church of the Epiphany in Lousville, Ky. at a later date.

Memorial contributions may be made to the Healing Blanket Ministry or the Church of the Epiphany, 914 Old Harrods Creek Road, Louisville, KY, 40223.

Louise was a wonderful, caring and courageous lady! We shared some nice times together and knew each other through Epiphany’s Healing Blanket Ministry. I will never forget her strength and resilience during her long health journey. She will be missed by many of us!

I am so sorry for you loss. Louise was a dear and wonderful friend. We lost touch the last couple of years because we had to move 3 times in three yrs. My husband and I will always have great memories of great person. Todd and Karen

I just wanted to pass on our deepest sympathy about our dear friend and neighbor, Louise. Our hearts are breaking to lose such a beautiful lady, but our memories are full of good times with her. Everytime I see her home across the street I am reminded of her and that even though she is gone, her spirit lives on in that house. Louise was the first person I met when I moved to Wisteria 9 years ago and she welcomed me with open arms. Her heart was open as well. To her family, I know that you are hurting and I am sending you prayers of comfort and thoughts of you. To all of her other friends, we share a common loss. Louise, everytime I see a sparkle…I will forever think of you!

Known to our family as Howard Hipp’s life long family friend who likes to wear stylish hats, we offer our prayers and condolences to Louise’s family and friends at this time of great loss. To Howard, Louise was his “older sister” with whom he shared many memories and happy times–and that is more than enough for us to stand by him and support him and Louise’s family in their grief over her passing. May she be granted the lasting peace that Christ promises– she deserves no less!

My heart and prayers go out to the family. I worked with Louise at GE in Louisville and I will always remember the good times. Once again to the family, sorry for your great loss.

Our hearts go out to Louise’s family. She was a wonderful friend of our mom, Sue Sniegocki. She was a woman of class, strength, and dignity. We thank you, Louise, for touching our lives.