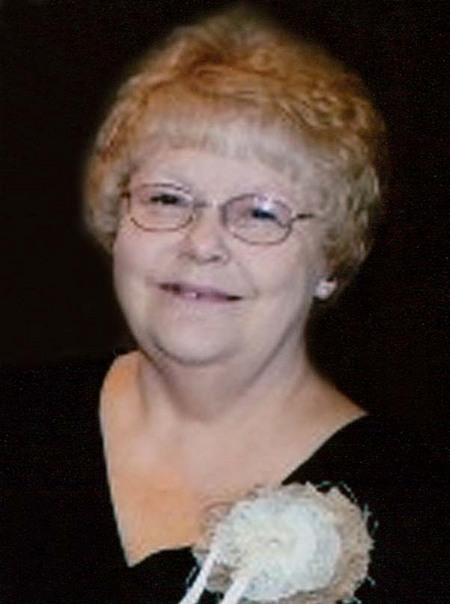 She was born April 7, 1949 in Bellaire, Ohio the daughter of the late Robert and Mary Roubal Alexander.

She attended St. Mary’s Catholic Church in Shadyside, Ohio and was a homemaker.

She was preceded in death by her husband, Edwin R. Hammond, a brother, Robert Alexander, a niece, Alyssa Jo and her Aunt, Bertha Duda.

Funeral liturgy with Mass will be held at St. John Catholic Church in Bellaire on Friday January 3, 2014 at 10 am with Fr. Daniel Heusel as Celebrant. Interment in the Belmont County Memorial Park Cemetery, St. Clairsville, Ohio followed by a memorial gathering to celebrate Linda’s life at the American Legion Post 521 in Shadyside, Ohio from 1pm to 4pm.

Share your thoughts and memories with Linda’s family at altmeyer.com

IT’S BEEN YEARS SINCE WE HAVE SEEN YOU ALL, SO VERY SORRY ABOUT LINDA, YOU HAVE OUR DEEPEST SYMPATHY, SO SORRY!

Our deepest condolences to your family during this time. Our thoughts and prayers are with you all.

I am so sorry to hear about Linda, she was a very sweet person. Praying for her family to make this easier for them to get through .

I haven’t seen or talked to cousin Linda since our 40th reunion in 2007 for our graduating class. Now I move back to our home turf where I chose to retire and I read about her in the obits. Life is cruel, but eternal life is our ultimate reward.

Rest in peace, Cousin. After the life you led, you deserve it. My prayers and condolences go out to the family who loved her. May God bless all of you and give you the strength to move on after the loss is overcome.

linda will be missed by her friends and her family most of all. My prayers go out to all.

So shocked to see that Linda passed away. Please know that we are praying for you all. Wish we had kept in touch all these years,we had a lot of good times together. God Bless you all. Elaine, Edgar and Rob Crow

To all of Linda’s Family,

My deepest condolences to all. Missed seeing her in church. I sat behind her and Bertha. She took very good care of Bertha. They are together again. You are in my prayers. Mary Ryncarz