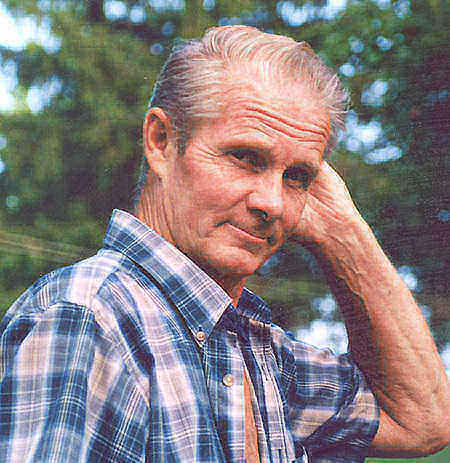 Lewis was born on July 19, 1940, in Wheeling, W.Va. He was the second son of the late Ray E., Sr. and Mary Bromer McGrath. He was a 1958 graduate from McKinley Vocational High School.

Lewis served in the United States Army from 1958-62. During that time, he was trained as a “Screaming Eagle” in the 101st Airborne Division, which was a modular light infantry division, trained for air assault operations. On October 29, 1960, he married his one true love, Delores I. Huggins. Just last year they celebrated their 50th Wedding Anniversary. After the military he went on to own and operate a trucking company. He worked as a Service Technician, maintaining facility operations out in the field, for Olin Chemical in New Martinsville WV for many years, until its’ closing. He also worked as a self employed welder and auto mechanic. His hobbies included metal work and woodworking.

Friends will be received from 12-3 and 5-9 pm, Monday, at Altmeyer Funeral Home, Elm Grove Chapel, 154 Kruger Street, Wheeling, where funeral services will be held at 11 am, Tuesday, October 23, 2012, with Pastor Phillip Keevil officiating. Interment will be in Mount Olivet Cemetery, with full military honors provided by the Moundsville Veterans Honor Guard.

I am so sorry to hear of “Uncle Lou’s” passing. I have many fond memories of him over the years and miss his laughter and jokes. He has always been a big part of our family as have you all.

Deepest sympathies to the entire family, you are all in my prayers.

I want to extend my very sincere condolences to all of Lou’s family. He really was a very good friend to my brother Fred Templin. Their friendship has endured throughout many years. That isn’t always how life turns out. May he rest in peace and his family console themselves with precious memories of him.

I WAS SO SORRY TO HEAR OF THE PASSING OF LEWIS MCGRATH. A GREAT FAMILY MAN AND AN HONOR TO CALL A RELATIVE. I HAVE GREAT MEMORIES OF LEWIS AND THE WHOLE McGRATH FAMILY FROM BETHLEHEM.I PRAY FOR GOD TO GIVE HIS PEACE,THAT ONLY HE CAN, TO DOLORES AND THE ENTIRE FAMILY AT THIS TIME. REST IN PEACE LEWIS AND THANKS FOR YOUR KINDNESS WITH KIMBERLY OVER THE YEARS.

I’ll always remember your dad as a great guy who helped fix our car when we couldn’t afford to take it anywhere. His kindness will always be remembered. I can just imagine him and Brian tinkering together in heaven now…

Lew you were a wonderfl man a great DAD and someone who knew the meaning of friendship. You will be missed by many.

May God hold you in the palm of his hand to comfort you at this time and in the coming days! Our thoughts and prayers go out to you and your family.

Our sincerest condolences on your loss. Remember Lew as the strong vibrant person he was.

He will be sadly missed. We will miss his dead pan remarks and his teasing.

So sad for the family to lose another great guy. I will miss his wonderful smile and his submitting to my hugs everytime we’d meet. He reminded me so much of Dale, Sr. I will keep him in my prayers and know the family will miss him so much, as will I.

Our thoughts and prayers are with you and your family during this difficult time.

Thank you all for such kind words, thoughts and prayers. He was a great man who touch many hearts. He will be greatly missed by many. Again, Thank you!