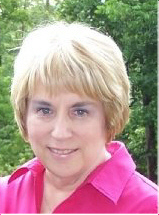 Leticia A. “Tish” Connolly Yost Wallace, 63 of Bellaire, Ohio passed away Sunday, December 29, 2013 surrounded by her loving family at her home.

She was born April 26, 1950 in Bryan, Ohio a daughter of the late Donald L. and Elizabeth H. Cross Connolly.

Tish was a retired employee of the Wheeling Hospital; a member of the Neffs United Methodist Church and the Sons of Italy Lodge 754 Bellaire.

In addition to her parents, she was preceded in death by her first husband, James M. Yost on March 8, 1993 and a nephew, Chad Payton.

Family and friends will be received at the Bauknecht-Altmeyer Funeral Homes & Crematory 441 37th Street Bellaire, Ohio on Thursday from 2 to 4 and 6 to 8 pm where services will be held on Friday at 11 am with Pastor Terry Endsley officiating. Interment in the Halcyon Hills Memorial Park, Sherrard, West Virginia.

Memorial contributions may be made to the Neffs United Methodist Church 54047 Belmont Street, Neffs, Ohio 43940.

Share your thoughts and memories with Tish’s family at altmeyer.com.

Although I did not know your loved one personally, I am truly sorry for your loss. May you turn to “the God of all comfort” to help you cope during this difficult time. 2Corinthians 1:3,4

I was so sorry to hear of Tish’s passing. She is your guardian angel now free from pain. Hold tight to the special memories you two shared as one. Please know that you and your family will be in my thoughts and prayers at this difficult time.

So sorry for your loss of Tish, Our prayers are with you.

Our prayers and thoughts are with each of you at this difficult time. May God strengthen and bless each of you.

We are so very sorry for your loss. Please know that you are in our thoughts and prayers…Dave & Betsy

Bob and family, So sorry to hear of Tish’s passing. She was a wonderful woman and I know she will be missed.My thoughts and prayers with you and the family

I am so sorry to hear of your loss. I know words cannot fix your pain, but remember that a lot of people are thinking of you and praying for you in your time of need. You have always been a good friend and have been there for our family. Again, you are in our thoughts and prayers.

Please accept my deepest sympathies. I know that the upcoming weeks will be difficult, but by remembering all the good times you shared will help you get through these times. I will keep all of you in my prayers.

So sorry for your loss, please accept our deepest sympathy and know that Tish and family are in our prayers.

Bob, I am so sorry for your loss… my thoughts and prayers are with you and your family… rest easy Mrs. Wallace!!

Bob, it was an honor to know Tish and I was so happy to share our beautiful grandchildren My heart is heavy and goes out to you, Russell and Jason, and of course the rest of the family. I’ve known Tish for 15 years and she will always be in our hearts.

Bob, Mike and I are so sorry for your loss – Tish was a lovely lady and a good friend. You and your family will continue to be in our prayers.

Bob, Russ, Jason & family, I am very sorry to hear of Tish’s passing. When she came to work at Belmont Community hospital we became immediate friends. She was always laughing and spoke often of the love she had for each of you. We also had many conversations about our mutual faith in God and I truly believe her Christian faith has taken her to heaven. God Bless.

Words cannot fully express the thoughts all your friends and family have for you at this time of great loss. Tish was a wonderful person who brought light to your life, her memories will help over time to help with her loss.

Thinking of you and you are in my thoughts, prayers, and heart.

Bob, Russell, Jason & rest of Tisha’s family, May God be with all of you at this sad time. Tisha was a wonderful friend since we were six years old and I am so glad that I got to spend some time with Bob and her on Christmas Eve! She sure was a special person and I’m sure is already working up in heaven!

Bob, you have my very deepest sympathy. There is never a good time for us to lose our loved ones. It’s always in God’s time. Listen…listen…Tish is still around you. I promise. Hugs, Terriann

Bob: We are so deeply sorry for your loss. Be confident that we are praying for you and all of your family during this difficult time. Grace & peace.

You all have been in our prayers these last few months, and now our deepest sympathies. Tish was such a wonderful family oriented woman who had such a giving and kind heart to all. We all know how she loved her children and grandchildren…. the light of her life. I will treasure our time when you all visited us with Aunt Mary for the weekend, and when you came in for Anthony and Kristy’s wedding. I got to know her so much better,how caring and loving she was to Aunt Mary, and how excited that she found love again in you.

We will miss her very much.

God has made her new again…she is at peace. We loved her but God loved her more.

We love you cousin

I am so sorry to hear about the passing of Tish. I have had her and you in my prayers ever since I heard about her illness. My brother Tom and I were planing to be there but the snow storm we received has stopped us. I will make a point to visit you and Jason. But my prayers will always be with you!

We are so sorry to hear about the passing of Tish. She has been in our thoughts and prayers for some time now. Brother John and I were in the process of coming down last night but the weather stopped us.

Please know if there’s anything we can do,don’t hesitate to ask.

Dear Bob and Family, so sorry I couldn’t be at the service. I was at

my sons home in Virginia. I am so sorry for you. I don’t know if I could have come anyway. I was really torn. One minute I wanted to and then again I just wanted to remember her the way she was. God bless you all. You will be in my prayers.

Dear Bob and family, So sorry to hear of Tish’s passing. It’s a heartbreaking thing when someone we love is taken from us. All of you are in our prayers.

Dear Bob and Family; Sorry for your loss, thinking of you and your family. So sorry we can not attend services, but our thoughts and prayers are with you.

DEAR BOB, DONNA, KATHY, BROTHERS, AND FAMILY, I WAS SO SORRY YO HEAR OF TISH’S PASSING. MAY GOD GRANT YOU IN TIME THE REMEMBERING OF ALL THE GREAT TIMES. MAY GOD BLESS YOU ALL. MAY TISH REST IN PEACE.

So sorry to hear of you loss .Tish was such a sweet person. Our sincere sympathy to all of your family . Jimmy & Vicki

Dearest Bob and family members: It is with so much regret we learned Tish lost her courageous battle and left this earth but she is with the Lord and at rest and peace now. She fought the good, brave fight and now it will be up to you to carry on her legacy of faith. We send our deepest and sincerest condolences to all of you now and in the future tough days ahead. God bless you for your courage as well.

Didn’t have the pleasure of meeting your wife, but I am so sorry for you and your family on her passing. May her soul rest in God’s peace.

Heaven has another very special angel. Take comfort in knowing that Tish is with the Lord.

I had such a wonderful time at last year’s reunion…which would not have been possible had it not been for Tish! I am so very sorry for your loss.

I’m sorry for your loss. it’s comforting to know that she is finally with our Savior Jesus Christ

John and I are so sorry for all of your loss. Thoughts and Prayers to all of you. God Bless

My deepest sympathy to the Wallace Family. We will all miss Tish greatly.

My deepest sympathy to Tish’s family and friends.

Bob, Donna and Rick, I pray that you find comfort in our Lord. My prayers are with you.

Our deepest sympathy and prayers for you and your family. God’s will shall see you through knowing Tish is in His care and in His house.

Our deepest sympathy to your family.

So sorry for your loss! You and your family are in our thoughts and prayers.

Russell,Jason and family, you will be in my thoughts and prayers through this difficult time.

Sending all of Our Love to our Family, wish we could be there. We will miss you Tish, but we know you are now at peace and no longer in pain. Tell Chad, Dad, and Mom we miss and love them too.

So sorry for your loss, Bob! You are in my thoughts & prayers!

So sorry for your loss. Our thoughts and prayers go out to your family.

So sorry for your loss. You are all in our thoughts and prayers.

Thoughts and prayers for the family, Tish was a great friend and co-worker, she will be missed.

Tish was a very good Friend as well as a co worker. She will be sadly missed. She was a fighter & now she can be free of Pain & rest in Peace. Offering my deepest Sympathy to all Family Members.

To all of you we are deeply sorry for the loss of Tish she was an amazing woman and friendly to all !

You all are in our Prayers and Thoughts May God Be With All Of You During This Time !

We were so sorry to hear of Tish’s passing. She will be missed by all who knew her. You have been and will continue to be in our thoughts and prayers.

We will have you and your family in our prayers at this time. So sorry to hear of the loss of your loved one.