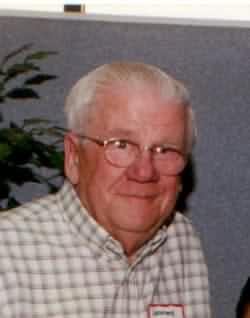 Leonard was born February 14, 1927 in Benwood, son of the late Michael and Mary Muhart Subasic.

He was a retired foreman at C & P Telephone Company with 30 years of service, a member of St. Vincent de Paul Catholic Church, President of the Oglebay Woodcarvers Association, a member of the Blake Brothers American Legion Post #46 in Benwood, a member of the Croation Club and Orchestra in Benwood, and was an Army Veteran of the Korean Conflict, 28th Recon and Infantry Division. Leonard also enjoyed listening to music, and was known as one of the top woodcarvers in Wheeling area.

In addition to his parents, he was preceded in death by two brothers, Joseph and Wilbert Subasic.

Surviving are his wife Virginia Yankovich Subasic, whom he married November 29, 1952 at St. Johns Catholic Church in Benwood; three daughters, Deborah O’Shaughnessy and her husband Tim of St. Louis, MO, Susan Gaudio and her husband Derek of Orlando, FL, and Donna Kalany of Wheeling; a sister, Mildred Rakovicky of Bridgeport, OH; six grandchildren, Tim and Shawn O’Shaughnessy, Vinny and Olivia Gaudio, and Kirstie and Billy Kalany; and several nieces and nephews.

Friends will be received Sunday May 27, 2001 from 12 noon until 9 pm at Altmeyer Funeral Home, 154 Kruger Street, Elm Grove. Funeral Liturgy with Mass will be celebrated on Monday May 28, 2001 at 10 am at St. Vincent de Paul Catholic Church, with the Rev. H. Joseph Wilhelm S.M. as celebrant. Entombment will be at Mt. Calvary Cemetery, Wheeling.

The family suggests that memorial contributions be made to the St. Vincent de Paul Building Fund, 2244 Marshall Street, Wheeling, 26003

Dear Debbie and Tim sorry I could not be there for your demise may God be with your Father. Take care and prayers are with all of you and your Family

We are so sorry to hear about Mr. Subasic’s passing. Please accept our condolences and you all are in our thoughts and prayers.

Sorry I could not make it to the funeral home.

Did want you to know that you and your family are in our thoughts and prayers.

Leonard will be sadly missed but never forgotten.

Best Leonard story I have. One Christmas season my cousin Frank Figaretti was living in North Wheeling and needed a Christmas tree. Suzie said Leonard wanted a pine tree cut down in his back yard and Frank could cut one down from the back yard to utilize as a Christmas tree.

Frank enlisted my help and we went out to the Subasic’s after dark.

Of course, Frank picks out the biggest tree out back.

Next day, Leonard’s neighbor called Leonard and tells him to be on the lookout due to the Christmas Holiday Season because some kids cut a tree out of his the neighbor’s yard over night!!!

Leonard told us to stay out of his neighborhood for a while just in case someone recognized Frank’s car!!! I think he set us up to keep us out of the neighborhood!!!