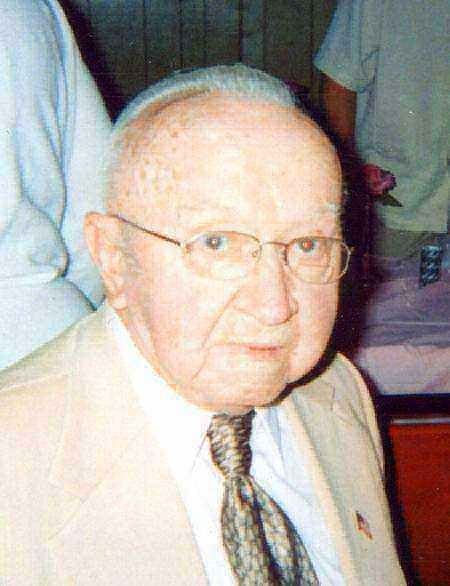 Living his entire life in the area, he had been an Ore Bridge Operator for the former Crucible Steel, from which he retired in 1981, having worked 37 ½ years. He was a graduate of Wellsville High School, Class of 1942 and had attended the University of Chicago. He was a veteran of the United States Navy serving during World War II in the Pacific Fleet and was present for the signing of the Japanese Surrender. Mr. Mick was a member of the Yellow Creek Presbyterian Church and Masonic Lodge 180-Scottish Rite Valley of Steubenville. In a addition he had served as a Madison Township Trustee, was a Past Master of the Yellow Creek Grange, Membership Director for the State Grange, for 5 Counties, Past President of the Southern Ruritan Club, Past Commander of American Legion Post 736, Life member of the VFW Post 5647 Life Member of the DAV, Past President Of the USS Shangri-La Reunion Association, member of the Farm Bureau, Past Elder of the Church and a former Volunteer Fireman in Wellsville.

In addition to his parents and wife, he was preceded in death by seven brothers and three sisters.

Services will be held at the Wellsville Chapel of the Martin MacLean Altmeyer Funeral Homes on Friday, December 16, 2011 at 11:00AM with Pastor Derek Marotta of the church officiating.

The family will be present to receive friends at the funeral home in Wellsville on Thursday, December 15, 2011 from 2-4 and 6-8PM were Masonic Services will be held at 7:00PM .

Thinking of you and lifting you up in prayers and thoughts.

Gary and I are thinking of you in the loss of your father and wishing there were words that could take away your sadness. I have special memories of the time when we were very young and spending time with Aunt Betty and Uncle Mick at the farm. May your special memories be a comfort to you at this time. We were glad that we had lunch with him when we were there in August.

I have so many fond memories of living “next door” to your family when I was just a teenager. So many good times and firsts for me…eating corn cooked on an open fire in your back yard, watching your parents run their McAllister Store from the garage, and just spending mindless hours enjoying all the interaction of your family. I remember your Dad taking us to the “farm” and although he was always busy, he also took the time to interact with “the kids”. Always pleasant, always helpful, always kind. They were good times, and always make for wonderful memories. My heart is with you.

I only knew Mr. Mick at the end of his life as my mom is also a patient at CHCC. He was always so pleasant, smiling, and cheerful, and I looked forward to seeing him every day. I enjoyed his reminiscences and stories about the USS Shangri-La. I am glad that my 20-year-old son, who is now serving in the Army, got to meet and speak with him. God bless you all.

If I can do anything for you or Justin, please don’t hesitate to ask.

My deepest sympathy to the family. I loved sitting and talking with him at Cross Roads. The stories he told me. I will miss you my friend. I guess the Good Lord needed a Navy man up there. God bless you, John

Over the past few years I have fallen in love with this man. My mother in law Ruby Barcus is at cross roads also. Lawrence has made me laugh so hard that I cried. He could put a smile on your face when you believed they were all gone. We had a wonderful time seeing him in Sept. and could tell he was getting tired.

I remember when his grandson got picked to play football for the life of me I can’t remember where. But when he tolds us the pride was all over his face. He took me in his room one time and told me his war storys he was a great man.

One time on our visits he was playing an organ in the coffey room and he had it loud. He was not trying to do a good job, just wanted to made sure that all could here. He keep playing when they said stop …he went right on.

My heart breaks today as I found out we lost him, as I know your hearts are broken into. But know I will never forget him, his witt, his laughter and his love for his children and grandchildern, as well as his love for life and service. He will be missed.

Sending you and the family my condolinces.So sorry for you loss.

To the family of Lawrence Mick: You have our most sincere sympathy in the loss of Lawrence. We knew Lawrence through the Grange. He was always such a pleasant fellow. Our thoughts and prayers are with you at this most difficult time.