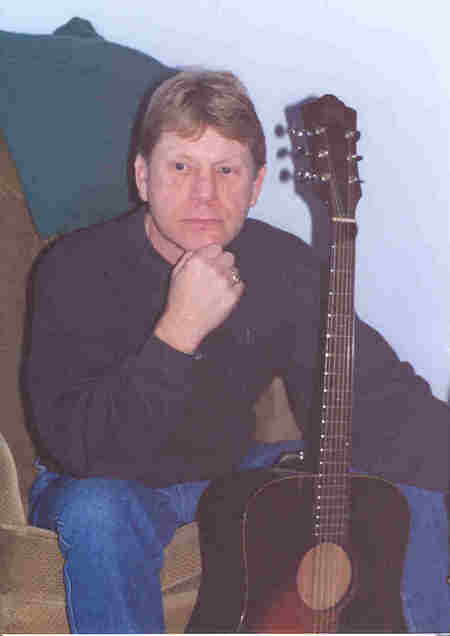 He was born February 16, 1946 in Bellaire, Ohio a son of the late Louis and Mary Greenwood Gorshe.

Larry was a retired Coal Miner with the North American Coal Corporation’s Number 4 Mine, a member of the St. John Catholic Church in Bellaire, Ohio and the UMWA Local 1785.

Larry was an avid music lover and leader of the former Cutaways Band, including members, Bill, Gary and Bob.

In addition to his parents, he was preceded in death by a daughter, Hanna Lynn Gorshe.

Family and friends will be received at the Bauknecht-Altmeyer Funeral Homes & Crematory 441 37th Street Bellaire, Ohio on Sunday from 12:00 oclock noon to 8 pm.

Funeral liturgy with Mass will be celebrated on Monday at 9 am at the St. John Catholic Church 415 37th Street Bellaire, Ohio with Msgr. Gene W. Mullett, the Celebrant. Interment in the Mt. Calvary Cemetery in Bellaire, Ohio.

Vigil services will be held on Sunday at 12:30 pm at the funeral home.

Memorial contributions may be made to the American Cancer Society 870 Michigan Avenue Columbus, Ohio 43215 or the Bellaire Touchdown Club P.O. Box 234 Bellaire, Ohio 43906.

Share your thoughts and memories with Larry’s family at altmeyer.com.

Bill will miss his almost daily talks with Larry. He loved talking with him about Jesus Christ, salvation, old times when they played in The Cut-A-Ways and were rivals for the attentions of the female fans, family and so many other subjects. The last time they spoke, the day before Larry passed on, he told Bill, “I’m praying for you after his recent minor surgery and I know you’ll be all right”. It was such a shock to hear of his accident. We believe he’s with the Lord with his mom and other people he loved Bob Livingston among them and will be there to greet us when we come.

He will have his voice again and will be singing beautiful music.

Lanny and Debbie Sitar and family

We are so sorry about Larry’s tragic and untimely death. He was a very good and talented person. We’re also sorry for the pain that you have for such a great loss. Keep the Faith, and God will comfort. Take care.

Hold on to your memories,and let them guide you during this time of sadness.

I am so sorry to hear of Larrys passing. He and I along with the other original band members shared many hours of fun and especially music. I remember the trip to Nashville and cutting our first record, that was so exciting. We shared a life that was beyond just friends, more like brothers. I shall always remember Larry, a kind and talented man that will be missed by many. God bless all of you and may he keep Larry close till we can have that big reunion and play for eternatity.

I knew Larry all of his life. I used

to be Lynn Bogetich. Myself, Richie,

Larry, and Joyce, we were all around

the same age. We all hung around at pinch run. I remember when Larry was in the band. They really

sounded good. Always thought he should have pursued that further. He was a good person and his life

was cut too short. Please except my deepest sympathy. Lynn Bogetich Rouse

I was so sorry to learn of Larry’s tragic passing. My Dad, Melvin Bogetich, loved Larry’s music and spoke of him often. I last saw Larry at Daddy’s funeral in January. Please accept my condolences. You are all in my prayers.

I would like to say how sorry I am for your lost.I met Larry down at pinchrun when my dad & mom, Tom & leona carson had the last chance bar.He use to sing in there alot.he was a good man..You are all in my thoughts and prayers.Please except my deepest sympathy… Gloria Carson

I’ve known Larry all of my life. My dad Gary Parrish and Larry played in a band together in the 60’s and I loved hearing tales of their “gigs” and escapades. Larry was my first baseball coach when I was 8 years old. He was so kind to us kids and would hug us and tell us how great we did even though we were always the team in last place. He had the biggest heart in the world and he will be greatly missed.

Jeff and Patty would like to express their condolences to the family of Larry. Larry was always well liked and thought of.

Joyce and Brenda, please accept my deepest condolences on the loss of your brother and extend my sympathy to Larry’s family.

Joyce, Brenda, Stevie and Diane and to all the kids: I still can not believe that someone so full of life was taken from us. He fought his cancer valiantly and to think he died in a car accident is a shock. He was truly a good guy and because we were in the class ahead of him, we will always remember the mischief he and the rest of the “Ramcaters” seemed to find. It was a wonderful time to grow up. We are praying for your strength and faith to get you through this terrible tradegy.

Larry leaves me with a lot of good childhood memories, of all mom’s ruthie’s cousins he was always my favorite, the most handsome and kindest to me always, I know he was especially dear to his Aunt Rita, my own grandma. Now he can see her again too. Sonya

Larry will be really missed. We would phone each other several times a week to talk about the good old days in the Cut-A-Ways. Larry and I laughed about the big dynamic type microphones we had that would shoot sparks out to our lips because of a bad ground. Our band started playing out proffessionaly at age 16. It was a magic time of innocence; we had “chaperones” and none of the band owned a car to haul our own stuff. Martha Layte hauled us “bums” around for years until we got cars; Bless her for that and all the other girls who formed our fan club that followed us. I’ll really miss those “talks” with you, friend.

Larry, God bless you brother, we’ll see you on the other side.

My younger sister informed me of Larry’s accident. We used to have some really good times watching the band play so many years ago. My husband Tom Shaeffer is Joyce, last name Beard growing up half brother. We are both sorry for your loss. Our thoughts are with all of you at this time. Tom and Jennifer Shaeffer

Larry was a very likeable guy ,i worked with him,& he was always laughing & joking, he was always known to be a happy person.That was the way we will always remember him . My husband went to school with him ,larry will be sadly missed & The Family will be in our thoughts & prayers

OUR HEARTFELT SYMPATHY GO OUT TO YOU ALL. I HAVE SO MANY GOOD MEMORIES OF LARRY, HE WAS MY FIRST LOVE, WE GREW UP TOGETHER FROM THE TIME WE WERE KIDS. THE NEIGHBORHOOD KIDS WOULD HANG OUT ON MY STEPS AT NIGHT, TELL GHOST STORIES, OR PLAY TIN CAN ALLEY, AND BEFORE LONG, THIS CHUNKY GUY WITH CREW CUT BLONDE HAIR, WOULD COME WALKING UP THE ROAD, AFTER HIS BASEBALL GAME AND HE WOULD HANG OUT WITH US, AND TELL GHOST STORIES, THEN WE WOULD ALL BE SO SCARED , THAT LARRY WOULD BE AFRAID TO WALK HOME, BUT HE DID. HELEN MAE MANAGED THE CUT-A-WAYS, AND I WAS THE FAN CLUB PRESIDENT, I WAS HONORED, AND LARRY LOVED JOHN LENNON, AND MY FAVORITE SONG LARRY AND THE CUT-A-WAYS SANG WAS, {AND THEY WERE AWSOME} WAS “ALL MY LOVIN”, AND SO LARRY, REST IN PEACE MY DEAR FRIEND, AND I AM SENDING YOU THIS IN HEAVEN……………………..

to my cousin, i’ll miss you larry, you were the one who always reminded me how important family is. we loved and fought,and laughed and cried. but we are family. may god bless you .

To my favorite extended family. I have very vivid memories of Larry back in the good old days when his band, ” The Cut-a-ways ” rehearsed in his mom’s basement. I use to sit on the steps and listen to them practice and Larry sing. The Gorshe Family have always been family to me – in one way or another. I have always been very close to them and I always will be. Larry was always very sweet and kind to me and even though I have not seen Larry for several years, he will never be forgotten.

Larry was very special to a lot of people in “his own way” but he is one guy you had to know to understand; that is what made him Larry Gorshe. God Bless you Larry. We will miss you.

To the family of LARRY GORSHE, Larry was several years older than me but we knew each other from Bellaire and the Coal Mines, Larry was a typical VALLEY guy; fun loving,kind,a good guy. May his FAMILY find peace during this terrible time. Mark L, Striebich

WANTED TO LET YOU KNOW THAT YOUR IN OUR THOUGHTS AND PRAYERS .

We would like to express our sympathy to all of Larry’s family. Those years that we played and travelled with the band were some of the best years of our lives. Those good times will never be forgotten. Larry was the real talent. His friendship will be greatly missed.

I will always remember listening to them play next door. I still have a photo of the band. I am so sorry for your loss.