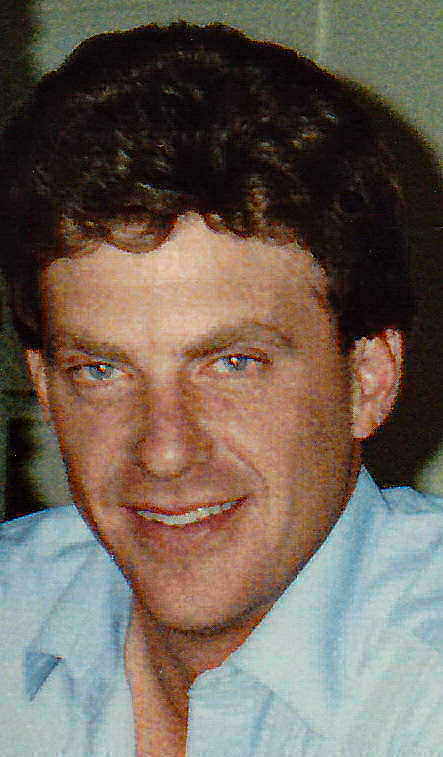 He was born in Norfolk, VA on Sep 26, 1961. As a boy, Larry attended many different schools including Hickory, Deep Creek and Central Elementary, Deep Creek Jr. High and Deep Creek High, as well as Great Bridge High, where he was a member of the Class of 1979, at each stop Larry was able to form friendships that he treasured and would last the rest of his life. Larry was known for his great sense of humor and his prank full ways. He was a member of the marching band at both high schools, playing the bass drum. Due to his talent on the drums, Larry was sought after and played in several local country music bands.

Larry loved to drive and his father taught him so early that by the age of 12, Larry could park a tractor-trailer in its proper spot, unaided, no matter what his father’s boss thought about it at the time.

Larry later raced stock cars at area tracks, such as Saluda, Southampton and others. This was a rather expensive hobby, so in order to save money; Larry would have his mother hand paint his racing numbers on his race cars. Despite his lack of funds, Larry was able to have very good finishes due to his driving ability. Larry loved NASCAR racing especially his favorite drivers, the late Dale Earnhardt, Sr. and Dale Earnhardt, Jr.

For over 30 years, Larry drove tractor-trailers, both locally and over the road. He also worked as an electrical lineman, oil driller, crane operator and heavy equipment mechanic. Since May 2013, Larry worked for Byrd Trucking of PA, hauling the U. S. Mail from Chicago to New York.

He was always willing to help out a friend or family member and loved telling and hearing stories, especially about his Dad.

After his father died, Larry had a long and hard road to travel, but praise God some years ago; he came back to God and was baptized. His Bible became his companion.

The family will receive friends at Altmeyer Funeral Home, 929 S. Battlefield Blvd., Chesapeake on Saturday from 5:00pm until 7:00pm. A funeral service will be held on Sunday at 2:00pm at the funeral home with Rev. Harold Buckwalter and Rev. Keith Miller officiating. A reception will immediately follow. Condolences may be expressed to the family at altmeyer.com.

Aunt Frances & all, my heart is broken for you at the loss of our sweet Larry. My prayers and love are with you all, Bruce Ann

Aunt Frances & Susan, my thoughts & prayers are w/you both as you are going through this most difficult time in your lives. Larry will be missed by many family members & friends! He was taken from this earth way too soon, & so young, God must have some special plans for Larry in Heaven. God knows best! Take care of yourselves! Love ya! RIP Larry

Our prayers are with you and your family. I’m sorry to hear of your son’s passing.

Frances, Mike, Marie and Susan: I cannot imagine the pain you must feel in losing Larry. May you find peace and comfort in the treasured memories of time spent with your dear son and brother. Although I cannot be with you during this time of sadness, please know that you are in my thoughts and prayers.

Frances, our thoughts and prayers are with you at this time.

Frances, please accept my deepest sympathy in the loss of your beloved son, Larry. I can not begin to even imagine what you are going through. Please know that my thoughts and prayers are with you and the entire family.

Frances, please know that you are in my thoughts and prayers. May the love of those around you help you through the days ahead.

I am still unable to wrap my head around this! I can’t imagine how this is affecting you all! I am so sorry for your loss! I have such great memories of Larry! Love to you all!

I’m deeply saddened by the death of my friend Larry C Griffin…..he was a special person in my life, he was kind, loving and very giving….we had lost touch the past 10 years or so, but I thought of him often….Mrs Griffin and Susan, please know you and your entire family are in my thoughts and prayers, may God grant you peace, in knowing that Larry is with Our Lord and Savior…He will be greatly missed….he was a great friend…..God bless

Marie and family my thoughts and prayers are truly with you at this time of loss. I’m praying for comfort and am so glad Larry knew the Lord!

Marie and family our thoughts and prayers are with you. We are so sorry for your loss! We love you guys. Diana and Cole

So sorry to hear of your loss. Please take some comfort in knowing you will all be together again, someday. Trust in the Lord with All your heart and lead not into your own understanding…Please let me know if there is anything I can do..

May all of you find some peace in knowing that Larry is home with the Lord. My thoughts, love and prayers are with you all.

I am so sorry to hear of your loss. May Gods grace be with you and your family during this difficult time and in the days ahead.

My love to all the family – will always remember Larry as the darling little, curly-headed boy. May God be with all of you.

My wife and I were so sorry to hear the news of Larry’s death. Frances, you have our deepest sympathy and if we can do anything, please let us know.

Our hearts go out to your family. Although Larry was only employed with our company for a short while, he was a hard worker and a pleasure to have. He will be missed by many.

Our thoughts and prayers are with all of you at this time. Please know that our hearts are broken knowing what a tremendous loss you have suffered. All our love

This is so difficult: Larry will always live on in my heart. I will treasure my memories and I thank God for placing this incredible person in my life. My thought and prayer are with you at this time.

We are so sorry to hear about Larry. Our thoughts are with you and your family during these difficult times.