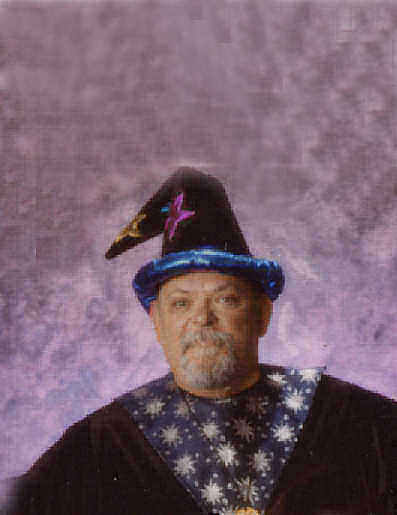 He was born December 27, 1947 in Wheeling, West Virginia a son of the late Newell and Ann Mzyk Heatherington.

Kenny was a registered nurse in the Emergency Room at the Belmont Community Hospital in Bellaire, Ohio; a member of the St. John Catholic Church in Bellaire, Ohio and Moriah Lodge 105 F & AM in Powhatan Point, Ohio. He served as a Second Lieutenant in the US Army.

In addition to his parents, he was preceded in death by his wife, Christina Mae Lavender Heatherington on August 22, 2007.
Surviving are his daughters, Kenna L. George Nauenburg of Riverside, California and Kimberley Heatherington of Powhatan Point, Ohio, one brother, Lanny Charlotte Heatherington of Shadyside, Ohio, brother-in-law, John Lavender of Bellaire, Ohio and special friends, Tawn and Curt Ingold and their son, Patrick of Powhatan Point, Ohio. Also two nieces, two nephews and his grand dog, Phoebe.

Family and friends will be received at the Bauknecht-Altmeyer Funeral Homes & Crematory 441 37th Street Bellaire, Ohio on Monday from 2 to 4 and 6 to 8 pm where services will be held on Tuesday at 10 am with Fr. Daniel Heusel officiating.

Interment in the Powhatan Cemetery in Powhatan Point, Ohio.

Memorial contributions may be made to the Kennon Heatherington Memorial Fund 139 Clark Street Powhatan Point, Ohio 43942.

Share your thoughts and memories with Kenny’s family at altmeyer.com.

K&K and the rest of the family…

So sorry for your loss. Kenny & Chris were both mentors in my life and my medical career. I still use the engraved pen from when I left BCH. He was a person who truly touched the lives of everyone he came in contact with.

I loved your dad and your whole family was such a huge part of my childhood. He loved his girls so much! Bill, Ethan & I are so sorry for your loss and send all our love and prayers to you and the whole family.

We are so very sorry to hear about your dads passing. He and Chris were wonderful people who showed Gods love in everything they did. We still hang the bird seed ornaments on our tree every year that they made our family when my dad died in 1984,and always remember their goodness and kindness, and friendship they have given myWallacefamily all these years. I know my sister Kathy loved your mom and dad and you girls so much. May God wrap his arms around you all and give you peace and comfort.

Kimmie and family. Kenny was a very dear friend to me, and I loved him a lot. I loved working with him, and could always depend on him in a pinch. He was one of the best nurses that I have ever known, and I will miss him dearly. My thoughts and prayers will remain with you and the family.

So sorry about your loss and we can only offer to share your pain. Kenny was a vibrant, eccentric, intelligent, and wonderful person who we were proud to know. He was a great nurse who has helped launch numerous medical careers and Abby still uses the play doctor set he gave her for her birthday. Let us know if you need *anything* – Bill, Stacey and Abby