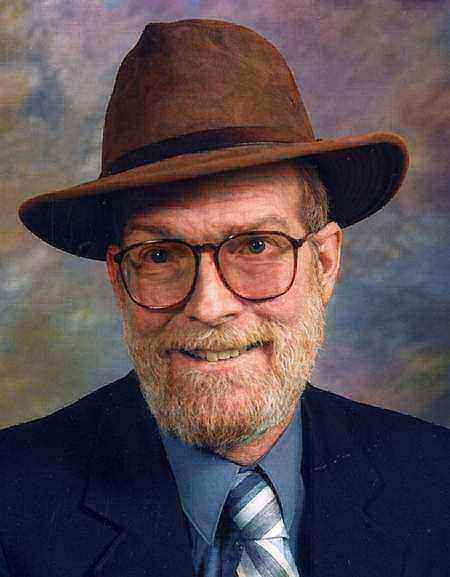 RUSSELL, Kenneth E., 56, of Bridgeport OH, died Thursday,
September 14, 2006 after a courageous battle with cancer.
Born in Brownsville PA on December 4, 1949, Ken was the son of the late James R. Russell Jr. and Kathryn Chamberlain Russell.
He was the former manager of Commercial Credit in Indiana PA and worked for Commercial Credit in Wheeling and Steel Valley Bank in St. Clairsville OH. A graduate of Uniontown High School and Penn State University, Ken was a veteran of the United States Air Force, and a member of St. Vincent de Paul Catholic Church where he sang in the choir.
Surviving are his wife Sharon Thomann Russell; one son Jonathan C. Russell and his wife Erin of Edinburg VA; one sister, Sharon Daquilante and her husband Rudy of Uniontown PA; three brothers, James R. Rusell III and his wife Linda of Warren PA, Jay D. Russell and his wife Diane of Uniontown PA, and Scot A. Russell and his wife Carole of Uniontown PA; six nieces, five nephews, one great niece and two great nephews. Ken is also survived by the family dog Max.
Friends will be received at the Altmeyer Funeral Home, 154 Kruger Street, Elm Grove, WV on Sunday, September 17, 2006 from 12 – 3 and 6

I was shocked and sadened to hear of kenny’s passing he was indeed a very nice and kind person. Our sincere simpathy to you in your loss. God bless you.

WHO UNDERSTANDS YOUR SORROW, COMFORT

YOUR HEART THROUGH THIS MOST

DIFFICULT TIME. AND KNOW THAT GOD’S

HEART IS A SAFE PLACE FOR YOU AND

PRAYING FOR YOU IN THE LOSS OF YOUR

Chad and I are so very sorry to hear of Ken’s passing. He was such a friendly and kind person, and we’ll definitely miss seeing him next door. If there is anything at all that we can do for you, please let us know.

Sherry, Sorry for your loss of Ken. We were out of town Sunday or we would have made it to the funeral home.

To the Russell family,

You have my sincere simpathy at your loss. I have fond memories of Kenny when I was growing up in Hopwood.