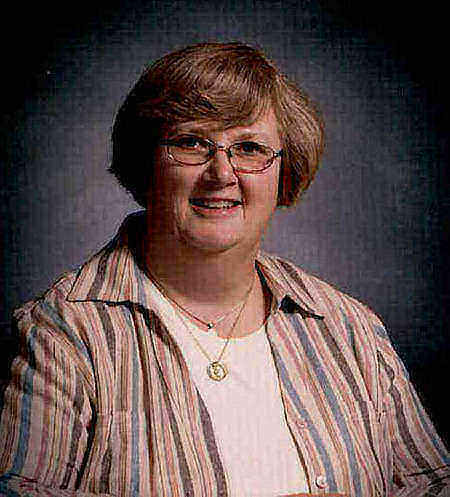 She was born October 9, 1955, in Glen Dale, W.Va., a daughter to Mary Hartley Grimm and the late Billy R. Grimm. She was retired from the American Greeting Company and was a member of Our Lady of Peace Catholic Church.

In addition to her father, she was preceded in death by her husband, William A. Stahl.

Friends will be received on Wednesday, January 22, 2014 from 2-4 and 6-8 pm at the Altmeyer Funeral Home, Lutes and Kirby-Vance Chapels, 118 Grant Avenue, Moundsville, with a rosary service at 7:30 pm. Mass of Christian Burial will be celebrated on Thursday, January 23, 2014 at 11 am at Our Lady of Peace Catholic Church in Wheeling, with Rev. Dennis R. Schuelkens Jr. as celebrant. Interment will follow at Mount Calvary Cemetery, Wheeling.

I am so sorry to hear of Kathy’s passing. I used to work at the Dollar Tree in Moundsville and talked to her in there. She was a sweet person.

I did not know Kathryn personally, but know a family member who married a friend of mine, Sherry Wright. She and her husband, Phil Wright, formerly of Bellaire, OH and now of Warren, told me of Kathryn’s passing and moved me to send my condolences.

We are all here for a finite period of time and leave behind a legacy of friends and family who miss us when we leave this life. May Kathryn find the eternal life promised to all of us where we will all be reunited when we are called to join her.

My prayers and blessings to her family.

Jason; I was truely shocked by Kathy’s passing. If there is anything I can do for you just ask. Bill and Kathy are reunited. May they both look down upon us all.

Jason: We are so very sorry to hear about your Mom! We have so many fond memories with her. Please know you are in our thoughts & prayers! With love, Jerry & Kathy

Mary, Tom and Jason, You are in our thoughts and Prayers. God Bless you.

My thoughts and prayers are with you in this most difficult time..

On behalf of Carroll Council 504 and Assembly 1185 Knights of Columbus we offer our Condolences and prayers.

So sorry about Kathy. She was the nicest person I known. Had some fun bowling with her and talking to her at Ames when she came and did the cards. Keeping Jason and her mom in my prayers and keeping her cousin Sharon in my prayers too. God bless!