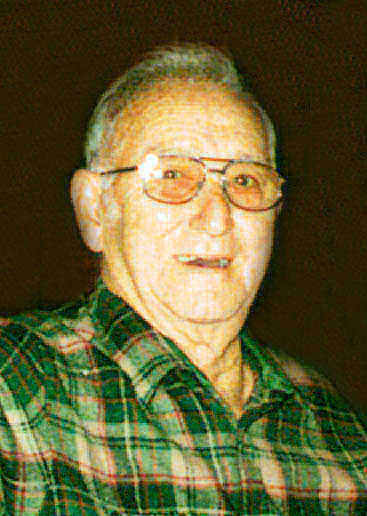 Jule was born July 4, 1918 in Dilles Bottom, Ohio a son of the late Roger and Anatolia Rusciolelli.

He was a US Army veteran of World War II and a former employee of the Ragni Distributing of Bellaire, Ohio. On July 17, 1971, he married his beloved wife, Helen and gained a stepfamily who loved him dearly and which he fully embraced as his own. He will be greatly missed as a man of great dignity and quiet love.

In addition to his parents, he was preceded in death by his wife, Helen Marie Rusciolelli; a brother, Tony Rusciolelli; two sister, Aurora Cavicchia and Anna Masarik; four brothers-in-law, Quinto Cavicchia, Thomas Hores, Charles Yanak and Henry Masarik and a sister-in-law, Juanita Hores.

Family and friends will be received Wednesday, October 2, 2013 from 6 to 8 pm at the Bauknecht-Altmeyer Funeral Homes & Crematory 3900 Central Avenue Shadyside, Ohio. American Legion Post 521 will conduct services at 7:30 pm followed by vigil services at 8 pm with Fr. Samuel R. Saprano officiating. Inurnment in the Belmont County Memorial Park Cemetery in St. Clairsville, Ohio at the convenience of the family.

Memorial contributions may be made to the Valley Hospice Foundation. 10686 State Route 150, Rayland, Ohio 43943.

Share your thoughts and memories with Jule’s family at altmeyer.com.

May the love of God surround you and your family during this difficult time May you come to know that the love of God is with you always, may your memories of Julio “Jule” Rusciolelli give you peace, comfort and strength…

Rest in peace in the arms of our Lord, your work on earth is done. I thank you for your service and my Freedom. You will not be forgotten