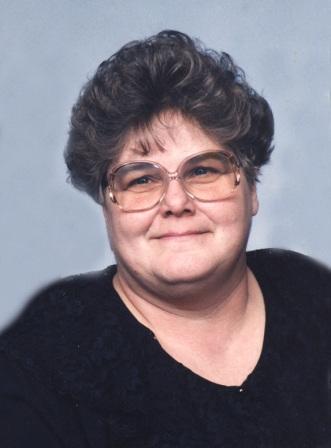 HERCULES, Judith Ann, 65, of McMechen, WV, died Monday, July 20, 2009 at Wheeling Hospital.
She was born April 1, 1944, to the late Earl Francis and Alice Harriet Gump Edgell. In addition to her parents, she was also preceded in death by her sister Shirley Ramsey.
She is survived by her husband, Richard Hercules of McMechen; two daughters, Mary John Goddard of McMechen, and Janet Kirk Smith of Bridgeport, OH; three sons, Richard W. Hercules Sr. Teresa of McMechen, Earl Barb Hercules of McMechen, and Grant Debbie Hercules of McMechen; and all children who walked through her door; four brothers, Ed Edgell of Triadelphia, Eugene Edgell of Triadelphia, Bobby Edgell of Wheeling, and Joseph Edgell of Triadelphia; sixteen grandchildren; eight great grandchildren; and several nieces and nephews.
Friends will be received 4-6 pm Wednesday, July 22, 2009 at the Altmeyer Funeral Home, Benwood- McMechen Chapel, 214 Marshall St. McMechen, WV, where funeral services will be held at 6:00 pm Wednesday with Rev. Roger Rakon officiating.
Online condolences may be offered to the family at altmeyer.com

Deepest sympathy, our thoughts are with all of you and your’s at this time of sorrow. Kath Wheaton & family

so sorry for your loss,i can remember her coming into the mcmechen mart she was always laughing and carring on .such a nice person

Grant,Debbie and family, We offer our deepest sympathies to you and your family at this time. Our thoughts and prayers our with you.

I am so sorry to read about Judys passing. She was a very sweet person even if I havent talked to Sonny and Judy Pa and Ma I still smile and remember alot of the good times that we all had. I lost my Mom in Nov. due to cancer and you just have to remember that now they are not hurting and she is now back with her family and she will be there waiting with open arms for her loved ones. Sincerely, Brenda Joseph and family

i just wanted to tell you all how sorry i am to hear about this, Judy was a warm and carring person. my thoughts and prayers are with all of you in your time of need. she will be deeply missed by those whose lives she touched. may god bless all of you.

Janet and family, we are so sorry for your loss. you are in our thoughts and prayers. we will always be near if you need anything.

I am sorry to hear about the loss of your mother. My thoughts are with you.

So sorry to hear about the loss of your Mom… your family is in my thoughts and prayers.

So sorry for your loss, Judy was a wonderful person and will be missed.