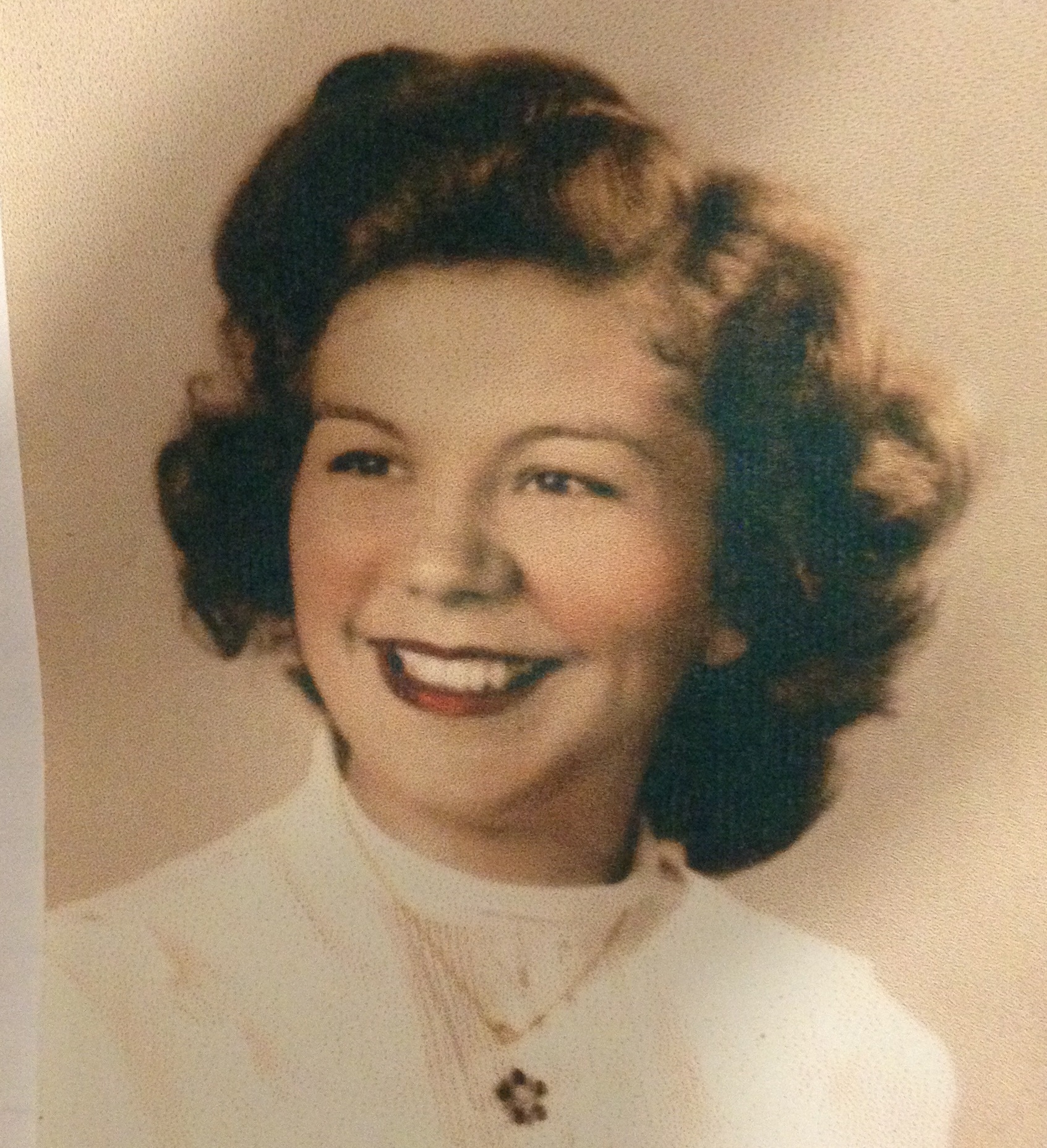 Chesapeake – Juanita Rushing Reed, 86, died February 28, 2014. Mrs. Reed was born in Dade City, FL, to the late James and Evalina Emerson Rushing. She was a veteran having served in the US Waves Women Accepted for Volunteer Emergency Service. Mrs. Reed later worked for Hampton Roads Army Terminal and Smith-Douglas Fertilizer Company until becoming a homemaker when their youngest daughter was born. She was a member of Great Bridge Presbyterian Church and was predeceased by 9 siblings.

A graveside service will be held on Friday at 10:30am at Rosewood Memorial Park. Condolences may be expressed to the family at altmeyer.com.

After reading all the sweet heart-felt remembrances, I so wish I had known her. Prayers for comfort during this time, and please feel the arms of our loving Lord surround you. With love,

So sorry…but so happy knowing you Mom is healed and at peace, safe in the arms of our Lord.

Remembering those days at KBC…. such a pretty, sweet Lady both inside and out. How blessed you are to have had her in your life so long.

Keeping you in our prayers and thoughts and remembering her with love and a smile.

My hearts and prayers go out to you and your family during this difficult time. May you be comforted knowing the difference your Mom/Grandmother made in many lives and may your sweet memories bring peace to you all.

You remain in my daily prayers during this time of loss and healing.

Love, your teammate and friend

Bonnie- So sorry to hear about your mother. My thoughts and prayers are with you.

I just heard of your loss. I was so sorry to hear it. You and your family are in my thoughts and prayers. I know how deep the loss is when we say goodby to our Moms. I told my Mom goodby in 2009. The blessing in the life of a christian is we know we will be together again!! God Bless you all!

Celebrating a joyful life and sharing in your grief.

Dear Pat and Family: I am SO sorry for your loss. I know through Pat what a wonderful person she was and that all of you will miss her so much! May God help you during this time and give you strength. You are in my thoughts and prayers!

If you’re mother was anything like you, then I know she was terrific! I’m praying for you and yours at this difficult time. May you find peace.

I know this is a difficult time for you but you will always have fond memories of your mom and the great job she did raising 3 beautiful girls. You are in my thoughts.

May the peace of God be with you and your family during this time of loss. May you be wrapped in His loving arms and your heart be filled with the comfort of the Holy Spirit.

With heartfelt prayers and love, Raisa

Mrs. Reed you will always have a special place in my heart. Your daughter Pat and I have been dear friends for over 44 years and when we were in our late teens and early 20’s you always gave us such loving and caring advise. You were a blessing to your husband and daughters and grandsons who will miss you but cherish the memories you shared with them. You were special to me and I know you will now rest in peace with my mother in Heaven. Love you!

My prayers and thoughts are with you and your family during this time of sorrow.

My thoughts and prayers are with you and your family. May God’s loving arms surround you with comfort.

OH Pat, she is beautiful. And now she is with Jesus. I know you will miss her. Just know I am praying for you and your family.

Expressing my deepest sympathy on the passing of your Mother. Pat knowing you and from our conversations your Mother is in Heaven. For the Bible says “For if we believe that Jesus died and rose again, even so them also which sleep in Jesus will God bring with him. For this we say unto you by the word of the Lord, that we which are alive and remain unto the coming of the Lord shall not prevent them which are asleep. For the Lord himself shall descend from heaven with a shout, with the voice of the archangel, and with the trump of God; and the dead in Christ shall rise first: Then we which are alive and remain shall be caught up together with them in the clouds, to meet the Lord in the air: and so shall we ever be with the Lord.” May the peace of God be with you and your family.

I am so sorry for your loss. Although I never met Mrs. Reed, I heard so much about her that I could almost envision her in my mind. Her picture here is beautiful and she left a great legacy of service to others. My thoughts and prayers are with you and your family.

Pat, I am so very sorry to hear about your mom. Please know that you and your family are in my thoughts and prayers.

Pat, so sorry for your loss. Mom is in a better place now. Keeping you and the family in my thoughts and prayers.

Please accept my condolences for the loss of your mother. May God in his perfect way give you peace and fond memories to cherish.

Please accept my deepest sympathy for your mother’s passing. I know that pleasant memories will soon be as fresh as a Sunday Spring morning. God bless you and keep you in His loving care.

Praying for you at this difficult time.

What a special and beautiful lady. I worked with her at Smith Douglas and remember when Bonnie was born. I know you will miss her, but have peace knowing she is in God’s hands.