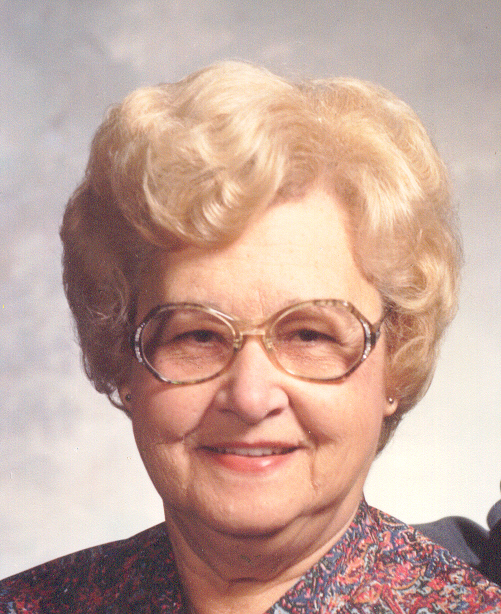 Juanita Holland Jenkins, 87, formerly of Clarks Mill Road, Salineville, Ohio died on Friday, April 23, 2004 at the Blossom Nursing & Rehabilitation Center in Salem after a lengthy illness. She was born in McDowell County, WV on March 20, 1917, a daughter of the late Benjamin Franklin and Kathryn Clay Holland.

Besides her parents and husband, she was preceded in death by a son: Janell Jenkins.

Services will be held at the Wellsville Chapel of the Martin MacLean Altmeyer Funeral Homes on Monday, April 26, 2004 at 10:30 AM with Rev. Charles Chaney of Springfield Methodist Church and Rev. Jim Ray of Highlandtown Methodist Church officiating.

The family will be present to receive friends at the funeral home in Wellsville on Sunday, April 25, 2004 from 5-8 PM

Juanita wanted to adopt me, and I loved her so much. I know she lives in Heaven because she was truly a good woman.

My condolences to her family and friends.