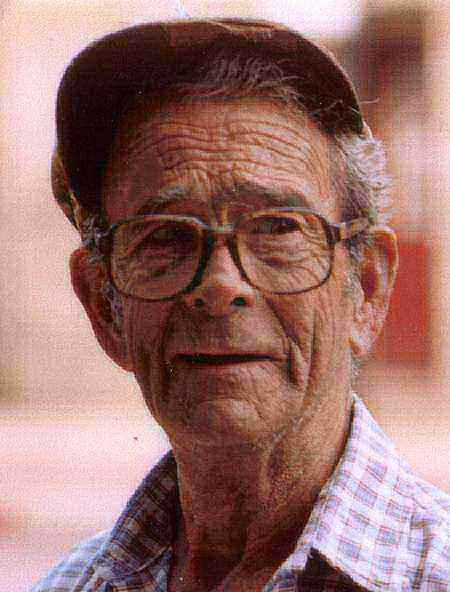 KANDIS, Joseph G., 79, of Moundsville, died Wednesday, November 15, 2006 in Reynolds Memorial Hospital, Glen Dale.
Joseph was born September 3, 1927 in Moundsville, a son of the late Nick and Annabell Poyle Kandis. He was retired from the California Mill Cabinet Co., and was a US Army WWII veteran and member of the American Legion Post # 3, Moundsville.
In addition to his parents, Joseph was preceded in death by a brother, Nick Kandis; and a sister, Tissie Blazer.
Joseph is survived by his wife, Priscilla Van Dyne Kandis; two sons, Joseph Kandis of Tiltonsville, Ohio and Mike Kandis and his wife, Barb of Elm Grove; three daughters, Nancy Jackson and her husband, Clarence of Proctor, W.Va., Carolyn Jackson and her husband, Joe of New Martinsville, W.Va., and Cindy Bowman and her husband, Jim of Yorkville, Ohio; a step-daughter, Lynn Allen and her husband, Rich of Glen Dale; a brother, Sam Kandis and his wife, Betty of Moundsville; two sisters, Alice Hooker of Fort Wayne, Indiana, and Margie Mullinix of Moundsville and California; a sister-in-law, Carol Kandis of Moundsville; fifteen grandchildren and several great-grandchildren, nieces and nephews.
There will be no visitation. Services and interment will be private and held at the convenience of the family.
The family suggests that memorial contributions be made to the Marshall County Animal Rescue League.
Arrangements are by Altmeyer Funeral Home, Lutes & Kirby-Vance Chapel, 118 Grant Avenue, Moundsville.