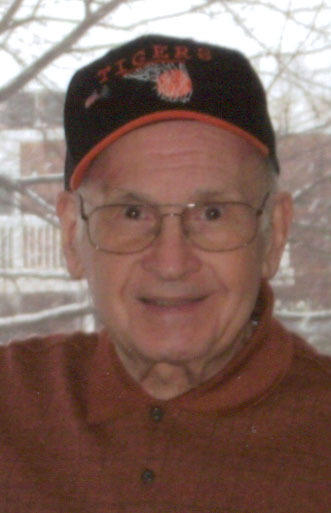 He was born December 24, 1923 in Summysides, PA a son of the late Joseph and Maria Bosetti Flori, Sr.

Joseph was a retired employee of Olin-Mathesion Conalco Corporation, a member of St. Mary’s Catholic Church, American Legion Post # 521 both of Shadyside, USWA Local 5760 and a US Army Veteran of WW II.

In addition to his parents, he was preceded in death by his wife Catherine V. Fabiano Flori in January of 2003, a brother Albert Flori and a sister Lena Della Mae.

Funeral Liturgy with Mass will be celebrated Wednesday 10 am at St. Mary’s Catholic Church with Fr. Samuel Saprano as celebrant. Burial will follow in Powhatan Cemetery.

Belmont County Council of American Legions will conduct full military rites at the funeral home Tuesday at 7:30 pm followed by a vigil service at 7:45 pm.

Memorial contributions may be made to Valley Hospice or St. Mary’s Catholic Church.

Share your thoughts and memories of Joseph with his family at altmeyer.com

Dear Debbie,Teresa and family, Please accept my deepest condolences on the loss of your father,Joe.

My hearts breaks for you with the passing of your dad. He lived a long beautiful life and was such a sweetheart of a man. He always remembered my name even though it was few and far between that I would see him. What an amazing life he lived and now he is with the love of his life and they are both without pain and will be your guardian angels hand in hand. Don’t be sad, but rejoice at your mom and dad reuniting in heaven. My thoughts and prayers are with you all and the memories stay strong in my heart and mind.

Thinking of you and hoping you find solace in all the beautiful memories of your Father.