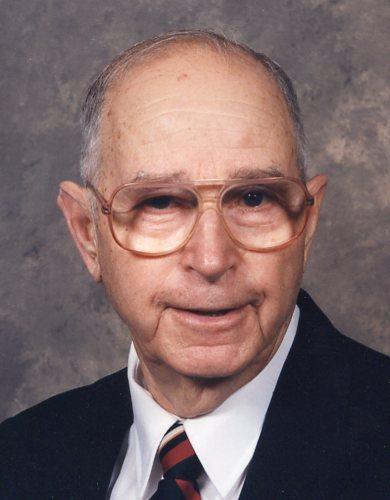 Joseph E. Shilot, 88 of Zenith Court, East Liverpool, OH died at the Hospice House in Poland, OH on Sunday, September 20, 2009 following a brief illness. He was born in Sunbeam, WV on October 12, 1920, a son of the late Samuel & Addie Belle Endicott Shilot.

Moving to this area in 1988, Mr. Shilot worked as a boilermaker with Union Local 667 in Charleston, WV for 17 years. He was a 60 year member of the Church of God, where he was a song leader, taught bible school and was a lay minister. Mr. Shilott served with the US Army during World War II.

Besides his parents and wife: three brothers: Bob, Tom and Junior Shilot as well as two sisters: Virginia Malik and Rose Douglas preceded him in death.

Services will be held at the Calcutta Chapel of the Martin MacLean Altmeyer Funeral Homes on Wednesday, September 23, 2009 at 11:00 AM with his son, Rev. Sam Shilot of Triumphant Christian Center in Greenville, OH officiating.

Burial will follow in Spring Hill Cemetery in Wellsville, OH where the Tri State Burial Group will accord military honors.

The family will be present to receive friends at the funeral home in Calcutta today, Tuesday, from 2-4 & 6-8 PM.

Any monetary gifts will be used as a donation to The Hospice House, 9803 Sharrott Road, Poland, OH 44514 as a tribute for the wonderful care they provided.

For the Family of Joe Shilot, Sharing in the loss of one so dear and sending deepest sympathy to all. God Bless you all in this time of sorow!!

I will greatly miss Joe. He meant a lot to me. I still remember as a child, Joe, had shown me a rug he used to pray on and there were two holes where his knees rested. He said it was the second rug he used. I still teach this in my Sunday School class. Wish I was there. Love and prayers. Aggie

My sincere condolences to Pastor Sam & Debbie and all the others in the family. One thing is for certain and that is that you have the peace of God that passeth all understanding because you know that Joe went home to be with Jesus and his beloved Maxine. He is out of his misery and walking on streets of gold. It will be very soon when we all will take that final breath and go on home to be with Jesus. Are you ready for that? If not, please invite Jesus into your heart today before it’s too late. God bless you. Thank you Joe for being a such a good friend to me. I remember when Joe & Maxine sang a duet at our church “Thanks to Calvary”. There wasn’t a dry eye in the place. That’s just one of many memories.

My thoughts and Prayers are with all of you. God Bless each and everyone of my family members. I will miss you uncle Joe

My Thoughts and Prayers are with the Family Joe was a Wonderful Person and Soldier for Our Lord and Savior Jesus Christ…Heaven is Sweeter now Because of Him being there,,He was a Loght to all who knew him…God Bless and Be with the Family in whom I love so Much!

My thoughts and prayers are with you all. You had wonderful parents and they made a lasting impression on my life. I wish I could be with you but I will be in thought. God Bless all of you.

Rest well my precious friend…Your work on this earth is done, so now its time to enjoy your wife and parents again…

Please accept our deepest sympathy on the loss of someone so special to you. Our thoughts and prayers are with you at this time.

What can I say about a man who was always ready to reason and offer his guidance to family & dear friends through the eyes of the Lord. His wisdom and love for God was strong, yet gentle, but always forthright. Mac & Joe will always have a special part of my heart. My deepest sympathy to the whole family. Love & Prayers.

R.I.P. Mr. Shilot, It was a great working for your family you will and your family be in heart . I am now living in New WATERFORD, Oh.and I seen you on my phone all of my love to you all and God bless you all.

I want to give my condolences to the family of Joseph Shilott ,It was a pleasure knowing him and his family ,wife And I enjoyed working for him taking care of his mother until her death. Love to you all.