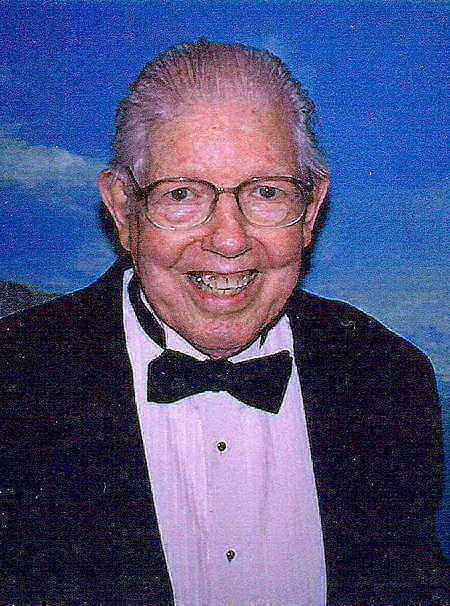 YOUDELL, Joseph A., 100, of Wheeling, W.V., died on December 12, 2013, at Liza’s Place. He is survived by his daughters Marianne Norman Duffy of Wheeling, WV, and Joan Stephen Kisska of Falls Church, VA, and son Joseph Charlene Youdell of Franklin, NC. He is also survived by 14 grandchildren and 34 great-grandchildren. Mass of the Resurrection will be celebrated at St. James Catholic Church, Falls Church, VA, followed by burial at St. James Cemetery. Memorial contributions may be made to Liza’s Place, 308 Mount Saint Joseph Road, Wheeling, WV 26003. Local arrangements by Altmeyer Funeral Home, Wheeling. Online condolences may be offered to the family at altmeyer.com

When I first met your daddy April 4, 2013, I knew he was a very special man; and, he remains very special to me. My heart will never forget his dear voice: his words of gratitude between hymns, and the fervor with which he prayed the Lord’s Prayer. I’ll also smile every time I think of him dozing by the nurses station window, beneath the shade of his ball cap that cap is a treasure; don’t lose it.