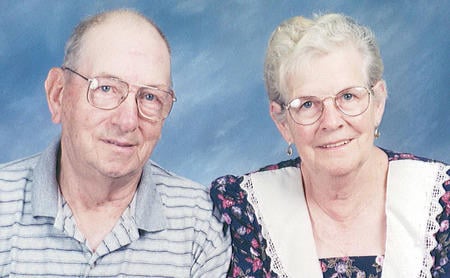 He was born May 22, 1923, in Benwood, W.Va., a son of the late Russell M. and Isabelle Green Howard. He was a member of the Sand Hill United Methodist Church in Dallas W.Va. He was a veteran who served in the US Army during WWII.

In addition to his parents, he was preceded in death by his wife, Betty J. Warburton Howard, two brothers, William S. Howard and James C. Howard, one brother-in-law, Joseph Paczewski, one daughter-in-law, Linda L. Howard, and one sister-in-law, Rose Howard

He is survived by one son, Russell J. Howard, Sr. and his wife, Marguerite, of Dallas, W.Va.; one sister, Virginia Paczewski of Wheeling, W.Va.; one brother, Harry P. Howard of McMechen, W.Va.; two grandchildren; and eight great-grandchildren.

Friends will be received on Thursday, August 1, 2013 from 11 am until the time of funeral service at 1 pm at the Altmeyer Funeral Home, Elm Grove Chapel, 154 Kruger Street, Elm Grove, with the Rev. Debra Dague officiating. Interment will follow at Sand Hill United Methodist Church Cemetery.

Online condolences may be offered to the family at altmeyer.com.

May the love of God surround you and your family during this difficult time May you come to know that the love of God is with you always, may your memories of John P. Howard give you peace, comfort and strength…