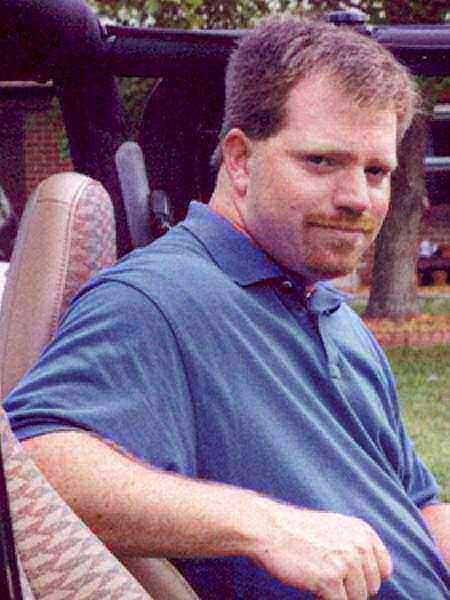 Family will remain after the service to greet friends.

Family will remain after the service to greet friends.

Virginia Beach – John Michael “Mike” Killinger passed away July 3, 2009. Born in California, Mike made his home in Virginia Beach since the mid-90s. He was preceded in death by his mother, Cynthia Killinger.
Left behind to cherish his memory is his loving family, his father, retired U.S. Navy Capt. Ed Killinger and his fiance Barbara Mistron of Annapolis, Md.; his twin sister, Katherine Killinger-Cochran and her husband, Kevin, and their children Joshua, Jacob Michael, John, and Madison; Mike’s girlfriend, Karen Burns and her children, Kendra, Chad, Megan and her husband Jason Borum, and Courtney and her husband Jon Connelly, and Karen’s grandchildren, Broady and Sawyer, Karen’s sister Kathi and her husband John Corey and their children, Erin and Sarah, all of Virginia Beach.
A memorial service will be held at 10 a.m. Thursday, July 9, at Altmeyer Funeral Home, Maestas Chapel, 1801 Baltic Ave., Virginia Beach. The family will remain after the service to greet friends. Condolences may be offered to the family at altmeyer.com.

Dear Ed – I just heard of your loss and am so very sorry about Mike. I never met him, but I know from mutual friends at the Marine Science Museum that he was an intelligent, capable, and personable young man. Please know that my thoughts and prayers are with you.

My heart goes out to you during this time of sorrow. Please know that Bill and I have you in our thoughts and prayers. love, Gini King and Bill Natter

Please accept my heartfelt sympathy for your loss. My thoughts are with you and your family during this difficult time…

So sorry you’ve lost your son. I know it’s tough – we lost our youngest son 8 years ago. We’ll be praying for you and your family.

Please know our love and prayers are with you in this very sad time.

I am so sorry for your loss. My thoughts and prayers are with you and your family.

My deepest sympathy for your loss. Although I never had the pleasure of meeting Mike, May he Rest In Peace. God Bless.

Please know that my thoughts and prayers are with you during this difficult time.

Ed– Tremendously sorry to hear of your loss. Will pray for you and your family and look forward to meeting Mike in the hereafter. Doug

All our sympathy and all our thoughts are with you in your loss and sorrow. I shall be grateful if you call on me for assistance.

Passing on my condolences.

Janet and I are deeply saddened by the untimely loss of your son. May God ease your pain and sorrow and help you through your grief.

Ed, my most sincere prayers and thoughts are with you and your family…Joey

I always thought Mike was a cool guy! A kid at heart, he was always doing something fun and playing with new gadgets. He took Chris and I out on his jet skies and boat several times. We always had a blast! Thanks for introducing me to wake boarding, Mike! Even though I was never any good. We’ll miss you!!!!

I am so deeply sorry for your loss. I was there when Mike passed – I sat in the car and held his hand until paramedics arrived. If the family should need anything, please let me know. My thoughts and prayers are with you all.

I was speaking with a good friend yesterday, a city employee, about the VA aquarium. I have a daughter that volunteers and has well over 500 hours. I brought up Mike and was very surprised to find that Mike had passed.
We had a professional relationship that led to friendship. I could always call on Mike and he was always there for me. When he was no longer with the Aquarium, I did try to reach him and there were some of the co-workers at the aquarium that were not negative about Mike. I would ask about him. No one could say anything about Mike. Nothing bad was said and that was good. I lost touch with Mike. I wish that I had not.
I liked Mike. I was always happy to see him and he always seemed sincerely happy to see me. My wife and kid’s knew him. He was a friend.
I am sorry that I was not able to share with his family at the time of his passing how much I liked him and that he was important to me.
My thoughts and prayers are with you.

Mike will be remembered by me as a man who treated me with respect and kindness.

Gather all of your good memories and keep them close and he will never be far from you.

Mr Hunter,
i just read your kind words about Mike. I would love to talk to you about Mike. He was a wonderful man and father and my family misses him terribly. Please contact me if you would like to talk.
Megan

My thoughts and prayers go out to all of the family and friends. I had not seen Mike in quite a few years but back in my college and early adult life Mike and I shared many good memories and great times. He will be missed but never forgotten.

not a day goes by I don’t think of you. I miss you so much and will never forget you Mike.

Our thoughts and prayers are with you, Barbara, and your family during this time of sorrow. Your shipmates share in your loss and are standing by to help however needed. God Bless!

Please accept our condolences for your loss. During these difficult times holding on to the memories has always helped me, we hope that they will help you get through this time of sadness. You are all in our thoughts.