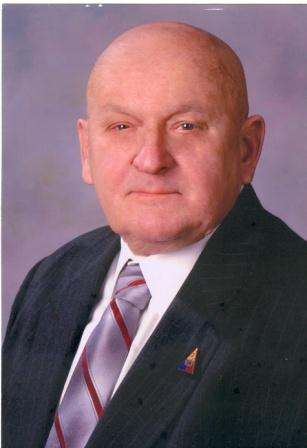 You and your family are in my thoughts and prayers. Take care.

Dear Phyllis, I was so surprised to see the notice in the paper. I’m so sorry. I’ll talk to you later. Terri Gordon

Helen and Family you all our in our thoughts and prayers.

My prayers and thoughts are with you at this sad time. I was very sorry to hear about the loss of your Father. Please know I’m thinking about you and hope you stay strong and keep all the loving,happy memories close to your heart.

Helen and family: I am so sorry for your loss. I know how much you all loved your dad. You are in our prayers. Patti

Helen, This is “Sissy’s” Mom and I want to express sincere sympathy to you and your family for the loss of your Father.I remember how much Sissy enjoyed your friendship and was so glad when you and Cindy came to the house and “suprised” her that summer a few years ago. You were special to her. Regards and sincere sympathy. God bless you. Sissy’s parents,Verda and Jim Jones

Hi Phyllis and Family, sorry to hear about your husband’s passing. I don’t remember ever meeting him, but he must have been a nice person, judging by the company he kept. Sorry we couldn’t have seen more of you at the reunion, but now I understand why.

I was so sorry to hear about your loss, know you are in my thoughts and prayers…May God Bless You

I will miss John vary much.He was a great friend to me.I will never forget Him.

John, Leah, Barb and the entire Kudlak family- I am so sorry to hear of the loss of your father. Loving thoughts to all,

Just want to let all the Kudlak family know what your dad meant to me. Young John, we talked about it,and you know. When my dad died in 1975,I just quit a job so I could go to college. And John was my fathers best friend, so he hired me at Mickey’s Market, just to help me out. I know he did because of my dad, but neither of us ever said a wourd about it, I was just 19. I worked hard for John, sold Christmas trees, unloaded trucks, and anything else he needed done. I picked Phyllis up from work in Wheeling and brought her home. I have been helping people ever since, because I was taught by John Kudlak, how to help people when they need it. My mom just passed away a few week ago, and she told me a few times we might not have had something to eat when my dad was sick if wasn’t for John Kudlak. Us kids didn’t even know it. John grew up in South Wheeling across the street from my dad, and would tell me stories about my grandfather, that I never met. And we were both Joshu, Joshu and young Joshu will know what I mean. I hope you all know what this man meant to me and our family. I will miss Joshu,Mickey, Kudlak so much. Hey Mickey can I say sumpton to you. No. I’m going to say it any way!!

Saw that you have lost your husband; please accept my condolences. I will keep you and your family in my prayers.

“He is my rock and my salvation, my stronhold:I shall not be disturbed. God is my safety and my glory, He is the rock of my strength; my refuge is in God.”

Searching recently with my sister Jenny about a job prospect for her in SC…to my sadness I saw John Sr’s recent obituary. My thoughts and prayers are with you Phyllis, Helen, Nonni, Barb, Tina, John, Jerry and your families. I certainly have fond memories of spending time with all ya’ll way back when. God Bless!

So sorry for your loss. You will all be in my thoughts and prayers!

To the Kudlak family:I am sorry for your loss.you are in our prayers.

Words can never express the sympathy felt for you in your great loss. Many loving thoughts and prayers are sent to you and your family! Love, Sissy Bukovich :