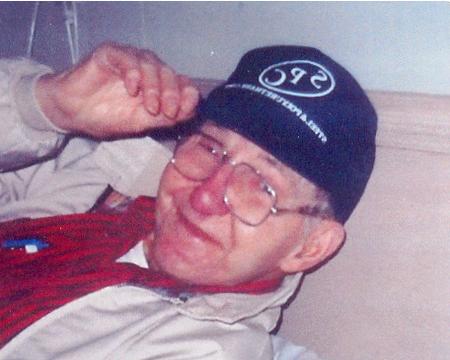 John E. Taggart, 95, formerly of Commerce Street, Wellsville, OH died on Thursday, April 8, 2004 at Blossom Nursing & Rehabilitation Center in Salem, OH after a lengthy illness. He was born in Wellsville, Ohio on December 5, 1908, a son of the late John E. & Emma Vantilburg Taggart.

Mr. Taggart lived his entire life in this area at one time working as a meter reader for the Village of Wellsville.

Besides his parents, he is preceded in death by a daughter, four brothers and five sisters.

A Memorial Service will be held at the Wellsville Chapel of the Martin MacLean Altmeyer Funeral Homes on Tuesday, March 13, 2004 at 11:00 AM with Pastor Larry Rose of Northside Community Church officiating.

Burial will follow in Sugar Grove Cemetery at the convenience of the family.

No calling hours are planned.