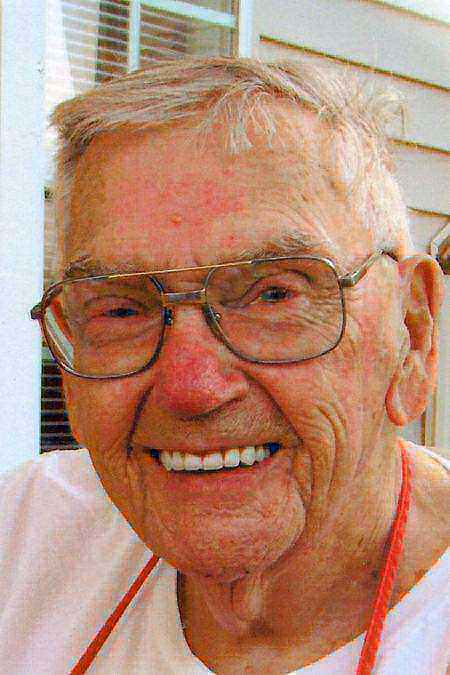 Following the Services at the funeral home

Following the Services at the funeral home

Born in Cleveland, Ohio on March 10, 1914, Mr. Vincent was the son of the late John Samuel and Rose Marie Pesicek Vincent. He had worked as the baker at the former Golden Star Dairyland in East Liverpool and was a member of Masonic Lodge # 681.

Mr. Vincent was preceded in death by his wife, Catherine M. Schwering Vincent on November 15, 1992.

In addition two his wife, and parents he was preceded in death by his daughter, Katherine Vincent-Ferris and two sisters, Lillian Menitoff and Rose Paintner.

Services will be held at the Calcutta Chapel of the Martin MacLean Altmeyer Funeral Homes on Saturday, August 29, 2009 at 12:00PM with his son in law, retired Pastor John Ferris and his nephew, retired Rabbi Paul Menitoff, officiating.

The family will be present to receive friends at the funeral home in Calcutta on Saturday, August 29, 2009 from 10:00AM until the time of service where Masonic Services will be held at 11:45 AM.

Memorial contributions may be made to the Western Reserve Masonic Community, 4931 Nettleton Rd., Medina, Ohio 44256.

How fortunate we are to have known Mr. Vincent. He was such a great gentleman with a kind and loving personality. We count it a privilege to have been his friend. It was a special treat to visit him while he was still in his home just out of East Liverpool. He was so proud of all his children and grandchidren and shared the many photos he had of them. We never grew tired of hearing his stories of how he started his married life honeymoooning at a hotel in Ashtabula, OH. He also told us all about his time in the bakery and then his milk delivery route. He was so faithful about remembering to send us birthday greetings, in fact I received a card and note for my August 22nd birthday just last week. We will always cherish the memories of this fine fellow. May God bring comfort to all the family who will miss him so much.

I am sorry for your loss. I remember your dad as one of the good guys. He was involved with us as kids. You were lucky to have him in your life so long.

I’m very sorry to here about your father.