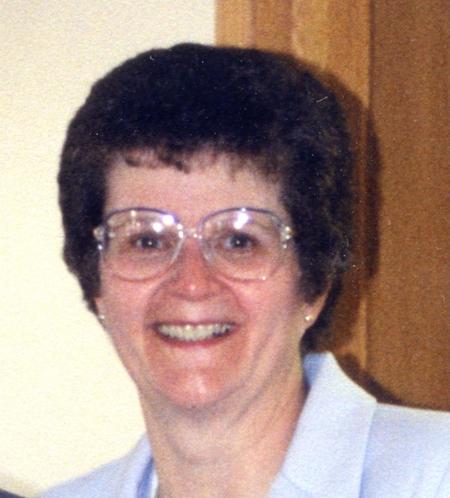 Joanne Hetzer, 60, of East Liverpool, Ohio, passed peacefully into her Father’s arms, Thursday, November 14, 2013 at East Liverpool City Hospital following a lengthy illness. She was born in New Castle , Pennsylvania on August 2, 1953, a daughter to the late Harold Hasely Ball Sr. & Twyla Cooper Ball
Joanne lived most of her life in this area, working as a bank teller at one time, and as a substitute teacher for the East Liverpool School System from which she retired in 2013. She was a 1971 graduate of East Liverpool High School and attended Shawnee State graduating in 1996. She had formally attended Good Shepherd United Methodist Church and was a current member of Riverside Presbyterian Church in Wellsville.

She is survived by her husband, Duane Hetzer whom she married November 2, 1983; two sons: Joel D. Hetzer and his wife Kelly of Kansas City, Kansas and Elliot T. Hetzer of Springfield, Ohio; two brothers: Harold Hasely Ball Jr, and his wife Carla of Woodbine, MD, John Wendell Ball and his wife Brenda of Myrtle Beach, SC; a sister: Barbara Jeffries and her husband Tom of Calcutta, Ohio; a grandson: Logan Hetzer; and a brother-in-law: Ryan Hetzer and his wife Janis of Newton Falls, OH.

Private family services will be held, but friends are invited to attend a Memorial Service for Joanne on Sunday, November 17, 2013 at 4 P.M. at Riverside Presbyterian Church in Wellsville. The Calcutta Chapel of the Martin MacLean Altmeyer Funeral Homes has been entrusted with arrangements.
Those who wish may send memorial contributions, in Joanne’s name, to the Tri-State Chaplaincy Committee at East Liverpool City Hospital .
Family and friends may view this obituary, sign the guest book or send condolences online at altmeyer.com

As I reflect back to that very first day that I met Joanne when she came knocking on my door with Mrs. Shaffer to invite me to church and introducing me to Jesus. I will never forget all the good times we had, all the phone calls we had & I will be forever grateful for the friendship that we have shared over these past 39 years – I will miss her so, but I’m glad & comforted that she is no longer in pain & is resting now in Heaven. Love YOU all & will keep you all in my prayers in the days to come.

So sorry for your loss. Joanne was a great lady with a big heart. She will be missed on this earth but not in Heaven. And that is where it counts the most. God Bless and we are praying for you. I have the utmost confidence in the character of god that his character does not allow him to make any mistakes.

Joanne was a wonderful person and she will be greatly missed by many. Please accept our sympathy. Keeping you and your family in our prayers.

Words cannot express how my heart goes out to you for the loss of your Wonderful wife Joanne.

In this time of great loss and sorrow, I would like to express my deepest sympathy and to let you know that you and your family are in my thoughts and prayers.

If there is anything I can do for you please do not hesitate to ask.

Heaven has gained a beautiful spirit and a wonderful woman. Joanne was a sweetheart who always saw the bright side of life. Praying for strength for all who loved her.

I am so sorry for your loss. I know that The Lord wil give you comfort. If there is anything I can do let me know. You were a great help to me in the past. My thoughts and prayers are with you all.

I am so sorry for your loss. Joanne was a lovely person. She will be missed.

I am so very sorry for your loss! I personally did not know Jo, but heard great things about her. She is now with her Lord. What a blow to your family to lose two beloved ladies within a week. May the Lord grant you peace and comfort.

I went to high school with Joanne and have many fond memories of her then. After what seemed a life time, we reconnected thru Facebook. Joanne will be missed by those that knew her. Please accept my deepest sympathies. RIP Joanne, you’re in Jesus’s embrace now.

I went to school with Joanne and to church.She was a wonderfull person who loved life.She always had a smile on her face.My sympathy is with her family.

May you rest in peace! You are now with your Heavenly Father no more sickness or pain! Fly high with the angels for you sure were one yourself!

My heart goes out to Joanne’s family. She was a wonderful teacher and friend who will be greatly missed! My sincerest thoughts and prayers go out to the family at this difficult time.

Our long time friend, who was always there with a uplifting word, a wonderful smile and a loving spirit. Your gracious examples of Christ’s love will always be remembered.

Our sympathy to the Ball and Hetzer family in your loss of Joanne. We have many fond memories as a young teen and later as a fine young women. Prayers for you all from Wahington, TX.

Please accept my deepest sympathy. I can’t imagine the difficult time faced by your family: first your Mom & now Joanne. May God grant you the strength to endure. I always though Joanne was such a sweet, kind person. My thoughts, prayers, and condolences are with you.

So very sad to hear of Joanne’s passing. Our condolences and prayers for the family that God will comfort you all. We have all lost a loving and kind friend but she is enjoying the blessings of the Presence of her Savior. We will all miss her. Love to all.

To the Family of Joanne. We would like to express our deepest sympathy at the passing of Joanne. I know you can take comfort that she is no longer suffering. As you are still grieving the loss of your sweet Mother, may God comfort you as only he can. Please know you are in our thoughts and prayers durng this very difficult time.

We are very sorry for your loss!

We send our prayers to you Duane in your loss and praise to God for the life and witness of Joanne. We will all miss her smile, the sparkle in her eye, the greeting of “hi, cous” to those of privileged to be her cousin, and her gentle touch. Her battle here is done but her life eternal has now begun. Rest in peace “cous”, we will miss you.