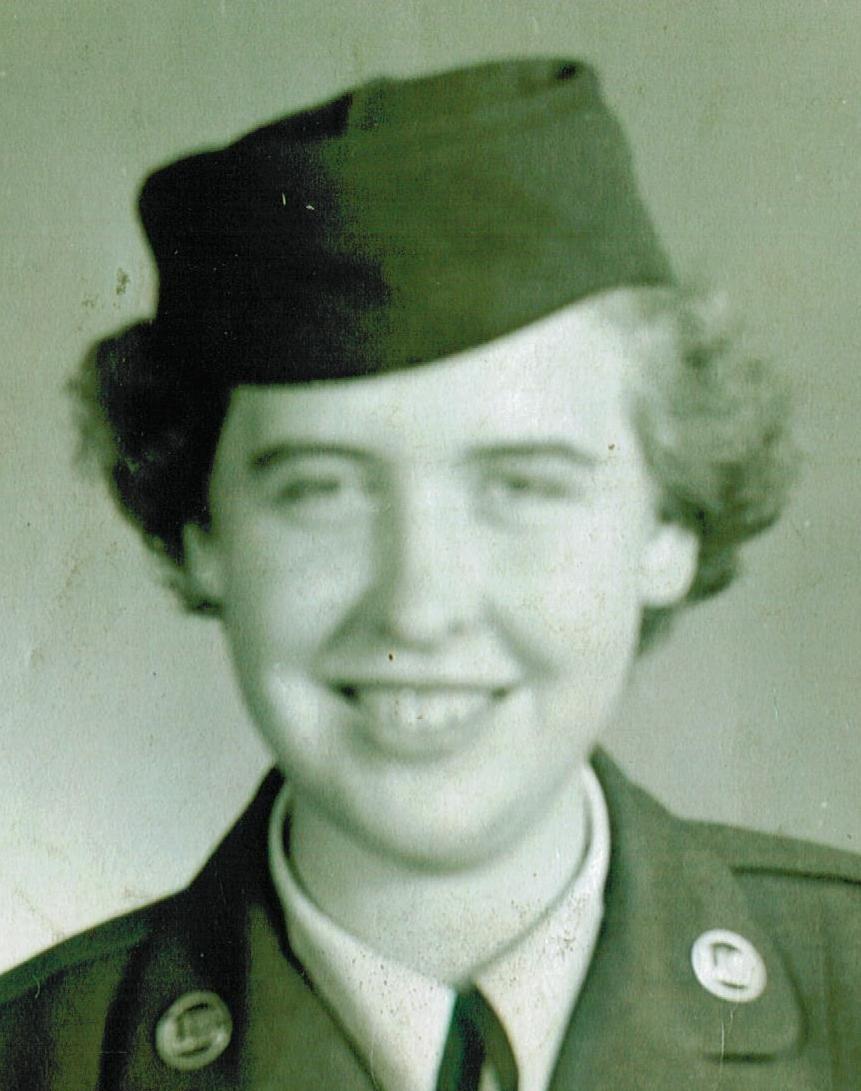 Joan E. Williams, 80, passed away Saturday, February 15, 2014, in her son’s home. Born November 16, 1933, in Wilkinsburg, PA, she was the daughter of the late Clarence Smiles and Mildred Lintelmann. Joan entered the USAF after high school, Korean War era, and was stationed at Lackland Air Force Base in San Antonio, TX. Joan and her husband, Ernest Ernie F. Williams, made their home in Edgewood, PA. Joan was the Edgewood Tax Collector until she retired to Calabash, NC. with her husband. Upon Ernie’s death in 2008, she moved to Virginia Beach, VA, where her sons made their homes after retirement from the US Navy. Her sons and wives are Laurance Howard Willy Williams and wife Coletta and Steven C. Williams Senior Vice Commander of VFW Post 392 and wife Helen. Joan was the Grandmother of five: Patrick, Steven, Christina Szczypinski, Katie, and Honey. Great Grandmother of two: Mackenzie and Adisyn. Grandmother to her furry grandson, Dakota.Memorial services will be held on Wednesday, February 19, 2014, at 4:00 p.m. at Altmeyer Funeral Home, Southside Chapel, 5792 Greenwich Road. Celebration of life to follow at VFW Post 392, 2408 Bowland Parkway, Virginia Beach. Memorial contributions in lieu of flowers can be made to a charity of your choice. Condolences can be made at altmeyer.com.

Tina and I, send our most sincere condolences along with tons of prayers as you navigate through life over the days to come. While I never met Joan, I am sure she was proud of both of you and everything you did for her. Our Love to both your families. Love, Gordy &Tina

DEEPEST CONDOLENCES ON LOST OF YOUR MOTHER. ..ALWAYS A TOUGH TIME IN LIFE TO LOSE A NATIONAL TREASURE ..PRAYERS ARE WITH YOU …DOUG AND ANGELA ILES

Steve and Willie, even though Duane has already sent our condolences, I wanted to let you both know you and your families are in our thoughts and prayers. Hugs. Tina