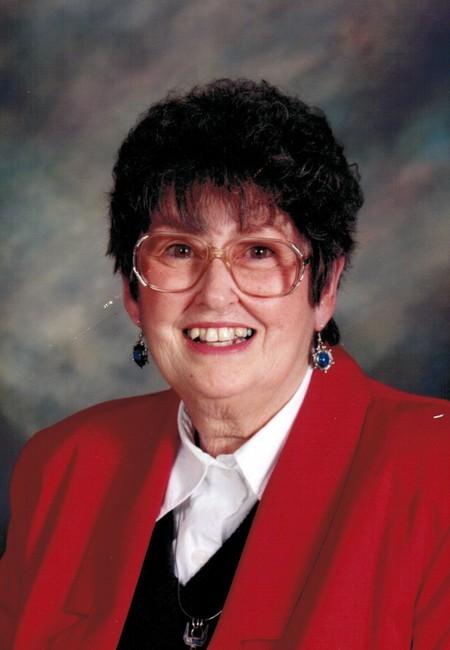 Joan B. Boone
Kitty Hawk – Joan Bouscaren Boone, 77, of Southern Shores, NC, passed away Sept. 20, 2012 from complications following heart surgery at ECU in Greenville, NC. Born in Washington, D.C., she was the daughter of the late Henry Long and Mary Garrison Bouscaren. Joan was also preceded in death by daughter, Elisabeth Beth Whaley; and her sister, Cathy.
Joan was a member of Kitty Hawk Baptist Church where she served since retiring to the “Outer Banks” 25 years ago.
She leaves behind her husband, John E. Boone; two sons, Tom P. Whaley, Jr., and William “Bill” Whaley Michele of Lawrenceville, GA; two step-daughters, Judy Hardison Henry of Virginia Beach, and Faye Coates Delma of Reva, VA; brother; Jim Bouscaren, four grandchildren, Chad, Chantal, and Cameron Whaley, and Candice Whaley; four step-grandchildren, Cindy Smith Sam of Harveyville, KS, Dawn Hardison of Norfolk, Jay Price of Fredericksburg, VA, and Rebecca Johnson of Portsmouth, VA; two great-grandchildren, Giovanni and Carmen; and four step-great-grandchildren, Bryan May of KS, Keith Johnson, Madeline Price, and Amayah Johnson who loved her unconditionally and will miss her greatly.
A Memorial Service will be held at 1 p.m. Sat., Oct. 6, 2012, at Kitty Hawk Baptist Church where the family will receive friends one hour prior to the service. Altmeyer Funeral Home is handling the arrangements. Condolences may be offered to the family at altmeyer.com.

RIVERS AND I HAVE BEEN TRYING FOR DAYS TO FIND THE SPECIAL WORDS TO TELL YOU WHAT WE FEEL CONCERNING YOUR GREAT LOSS.

WE LOVED JOAN LIKE NOONE ELSE WE KNEW. SHE WAS SO KIND, CONSIDERATE, STRONG, FAITHFUL, CARING, WARM, LOVING TO ALL THE CHILDREN AND TO US.

JOHN, IT WAS MY UTMOST PLEASURE TO SERVE YOU AND JOAN AS YOUR DEACON, AND I KNOW SHE HAS MOVED TO A HOUSE NOT MADE WITH HANDS, ETERNAL IN THE HEAVENS.

WE WISH WE COULD HAVE BEEN WITH YOU BEFORE NOW, AND WE WILL BE ANTICIPATING SEEING YOU ON OCT. 6TH.

MAY GOD BLESS YOU BOTH AND KEEP YOU IN HIS LOVING ARMS UNTIL WE SEE YOU.

TO MY FAMILY, JOAN WILL BE MISSED, GRANDAD I KNOW YOU WILL MISS HER GREATLY. SHE IS NO LONGER SUFFERING AND IN A GOOD PLACE WITH GOD. LOVE, CINDY SAM & BRYAN