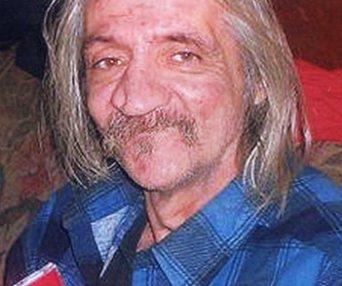 Jerry M. Hull 57 of East Liverpool, OH died on Tuesday, October 30, 2012 at East Liverpool city Hospital following a lengthy illness. He was born in Wheeling, WV on February 16, 1955 and was a son of the late Ronald H. and Rose M. Andric Hull.

Living his entire life in this area, he worked at Hall China as a Lippert Machine Operator and attended Boyce Methodist Church.

He is survived by his children: Michael Hull and Kristin Hull both of East Liverpool; one sister: Vickie Boyd of Hanoverton, OH and a step sister: Linda Phelps of Howard, CO.

No calling hours or services are planned.

Memorial contributions may be made to the family.

The Calcutta Chapel of the Martin MacLean Altmeyer Funeral Homes was in charge of the arrangements.

“You will be missed… Watch over all of us…..We love you…

I dont think ill ever be able to say goodbye to you Dad. I will be bringing a picture of you to the hospital when your grandbaby is born. She/he will know exactly who you were and how strong you were. My hearts shattered because I lost a part of me. I love you Daddy. Ill miss you forever.

I love and miss you Daddy.

I remember all the good times back in the day, so sorry you were sick and in alot of pain…God picks his angles one at a time, and He needed you up in heaven to help him…you will be greatly missed by alot of people..Kristin and Micheal’s hearts were broken and they are saddened and lost without you, but, God will help them and heal their broken hearts…it takes time….I will keep them in my prayers, and I know you will watch over them….RIP Mike..see you some day………………..

I’m so sorry for your lose,but we’ll always treaser his memory.

RIP Mike! Watch over Kristin and Michael and the baby!

Thanks dad for ALWAYS being there for me, For helping me when i needed you the most n thanks for making me the man that I am today. Love ALWAYS your son Michael